Before the start of the Cold War, Vozrozhdeniya Island in the Aral Sea (then a part of the Soviet Union), was an unassuming place. Apart from a few locals working a small fish processing plant, nothing much happened there.

That all changed quite dramatically in 1948 after Stalin’s government decided to open a top-secret biological weapons research facility on the island.

Kantubek, A quiet village on the north of the island was closed to the outside world and transformed into a military town named Aralsk-7. The laboratories were built to the south.

For the next 40 years, Soviet scientists experimented with some of the deadliest pathogens known to man.

In an attempt to weaponize these diseases, they conducted open-air tests on smallpox, anthrax, and the bubonic plague.

Kantubek is now a ghost town. Furthermore, due to the shrinking of the Aral Sea, Vozrozhdeniye Island is no longer an island.

With the abandoned facility now connected to the mainland, and untold amounts of deadly substances potentially buried in the soil, this is possibly one of the most dangerous dark tourist locations on earth. 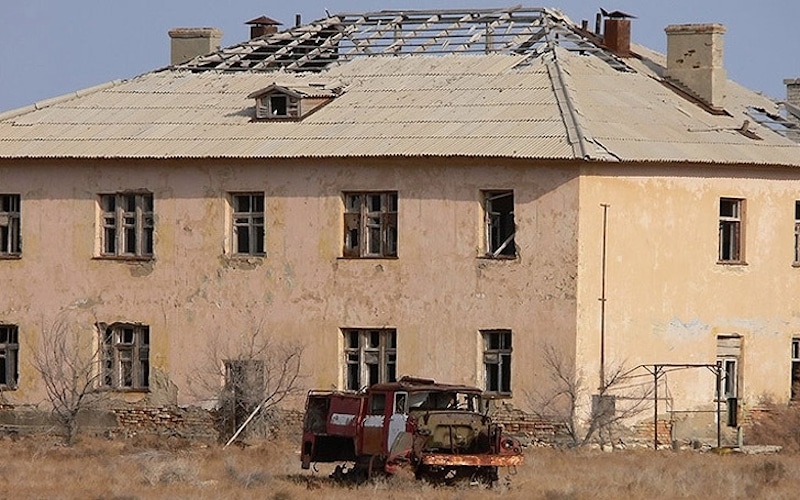 A child of Stalinist paranoia and the “arms race” to develop biological weapons to use against the West, Kantubek was the Soviet’s largest research center devoted to the cause.

Approximately 1,500 inhabitants lived on the island full time, all of which risked their lives, both in doing the job and if they spoke out about it.

Kantubek was chosen not only for its remote, off-limits location but also for the warm, dry climate of the Aral region. With a ground-level temperature of 6 degrees Celsius, the conditions were perfect for limiting the spread of pathogenic microorganisms.

Professor Ivan Velikanov, a specialist in bacteriological warfare headed the facility, leading some of the most ambitious tests so far conducted in the field.

However, after a decade in charge of the unit, he became a victim of Stalinist terror. For undocumented reasons, he was discharged and later, executed.

For a short while, the facility was put on hiatus. This ended after a 1952 ratification by the Soviet authorities (still led by Stalin) to resume the experiments. 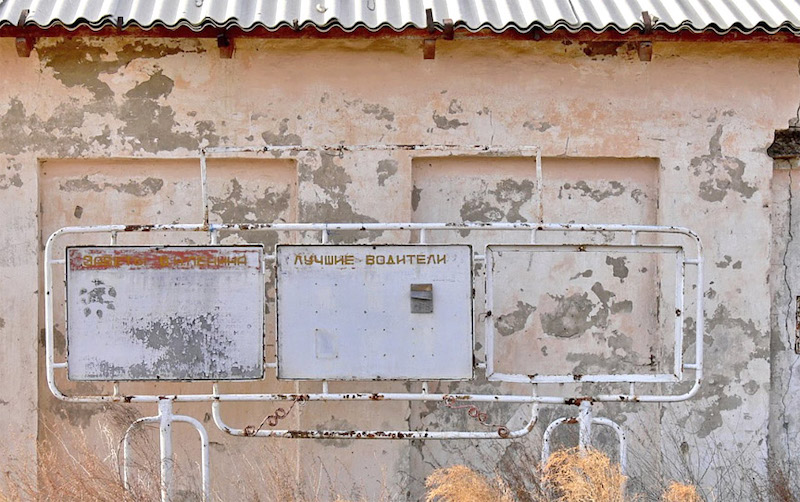 More funding saw a large scale expansion of Vozrozhdeniye Island. An airport was added to the west of the island, the only one in the USSR with four tracks in a star-shape, (created so that planes could land from any direction during strong winds).

More sophisticated laboratories were developed. A port complex was also built to enable constant patrol of the waters around the island. Secrecy, after all, was sacrosanct.

Experiments were now being conducted on the most dangerous pathogenic agents in the world, including anthrax, botulinus toxin, typhus, and brucellosis. Any data leak could have proved catastrophic to the Soviet government, these substances had the capacity to decimate populations on a grand scale.

Alarmingly, we do know that soviet scientists did release these substances into the atmosphere. Tests were conducted over the uninhabited areas of the island, often dropped from airplanes.

They were also injected into animals within the experimentation zone.

In the 1980s it is reported that 500 monkeys imported from Africa by the USSR Foreign Trade Department were subjected to biological tests. Infected with a microbial strain of tularemia, their bodies were burned and buried on the island.

The tests came to an abrupt end, not long after the fall of the Soviet Union. In 1992, Moscow decided to relocate the entire “Barkhan” complex to Kirov.

Kantubek was quickly abandoned and has been a ghost town ever since. Vozrozhdeniya Island meanwhile, is now part of modern-day Uzbekistan.

Sinister Incidents on the island 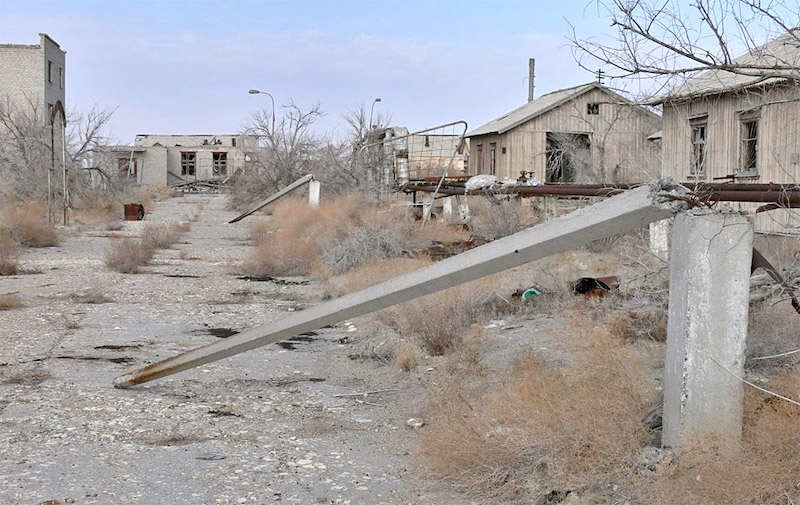 The island has long been implicated with a series of deadly sinister incidents.

In 1971, a scientist fell ill after the research vessel she was on was engulfed by a brownish haze. A few days later she was diagnosed with smallpox.

She did recover, however, the outbreak spread to nine other people in her hometown, three of which subsequently died.

Another incident occurred a year later in 1972. Two fishermen went missing on the waters of the Aral sea. Eventually, the bodies were found, drifting in their boat. It is believed that they had caught the plague.

Other strange events have been connected to the island, including spells where locals would land whole nets of dead fish.

A well-documented incident occurred in May 1988. 50,000 saiga antelope that had been grazing on a steppe not far from the island, dropped dead – all in the space of one hour.

Shrouded in mystery, with the unlikelihood that the Russian authorities will ever release information on the circumstances surrounding these events, one can only wonder what else went on, and how many more fatalities occurred.

Getting to Vozrozhdeniye Island and Kantubek Ghost Town

There is a gravel road from the Uzbek town of Moqnay that leads to the former base and city on the island. 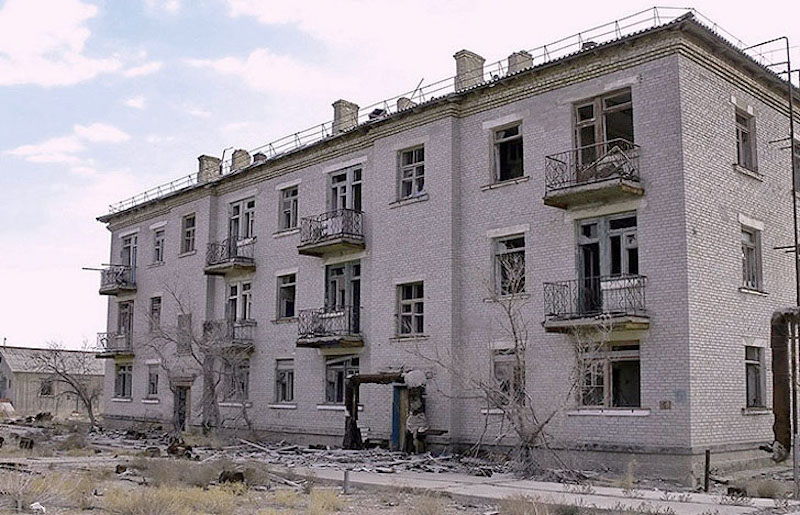 Visiting the island can be considered dark tourism on an extreme level.

Aside from the potential dangers, this is not an easy place to get to. Arriving in this region of Uzbekistan is an adventure in itself.

What greets you at first instance is a normal soviet ghost town malaise. Communist-style apartment blocks with glassless windows and collapsed ceilings, roads littered with weeds and debris, and dilapidated industrial installations.

However, as you proceed it is possible to see signs of where the military burned the more hazardous areas in order to limit contamination.

The former laboratories are burnt out shells, wrecked army trucks, and destroyed equipment indicate that this was no ordinary town. 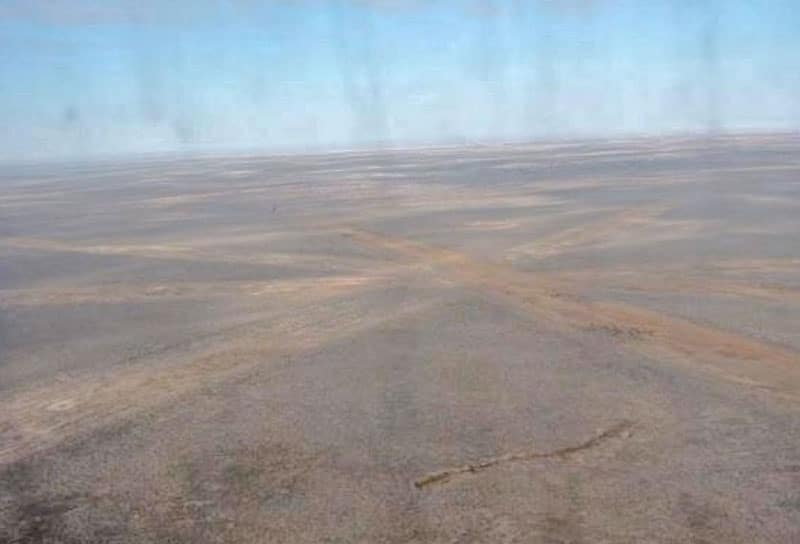 Not much is left of the former airport. The unique 4-way runway has been all but devoured by the desert.

Needless to say, very few people go there. One notable exception is the Russian urban explorer Ninurta. A frequent visitor to the area, he has published this very interesting video about his time on Vozrozhdeniya Island and the abandoned facilities of Aralsk-7, (see below). 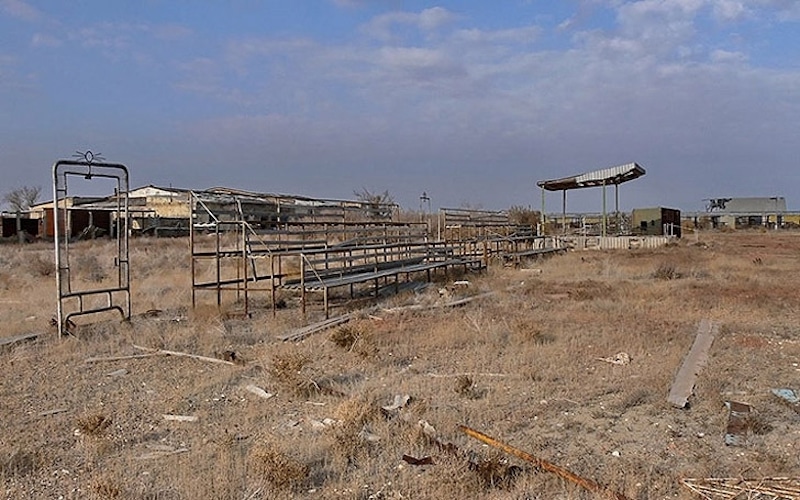 It is worth knowing that there have been some attempts to decontaminate the island.

In 2002, Brian Hayes, a biochemical engineer with the United States Threat Reduction Agency, led an expedition to Vozrozhdeniye.

The aim was to neutralize what was considered the world’s largest anthrax dumpsite. Hayes, along with a team of 113 people collected approximately 200 tonnes of anthrax over a three-month period.

Good news to a degree. The zone is still considered to be highly dangerous with stocks of biochemical agents waiting to be discovered among the ruins of the abandoned facility.