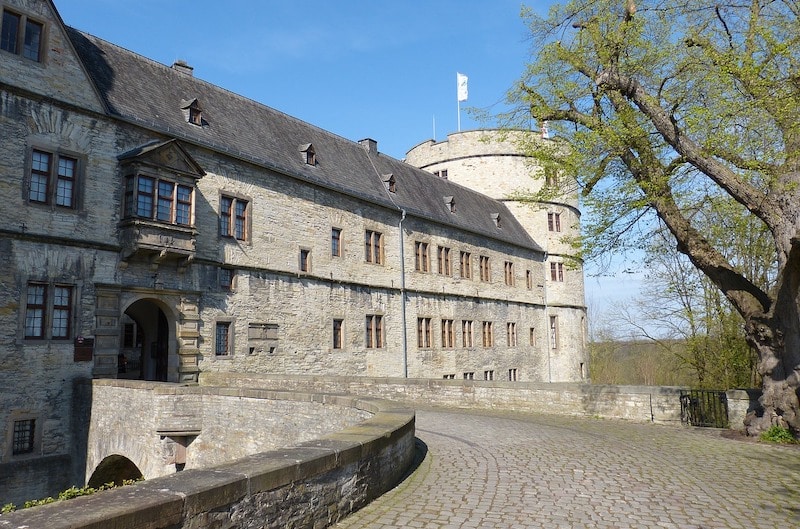 The Castle of Wewelsburg has an extremely dark past. The forbidding fortress was once SS Chief Himmler’s Nazi Camelot, where some of the darkest deeds of WW2 were plotted.

Labeled as ‘Naziland’ by critics, Heinrich Himmler forged plans for Nazi world domination from within those walls.

It was also designed as an SS non-military training center where the Reich’s purest Aryan specimens were brought to be indoctrinated with the Nazi view of history, art, and culture.

And now, after an $8million revamp back in 2010, the castle is one of Germany’s most popular dark tourist attractions.

The SS and Castle of Wewelsburg 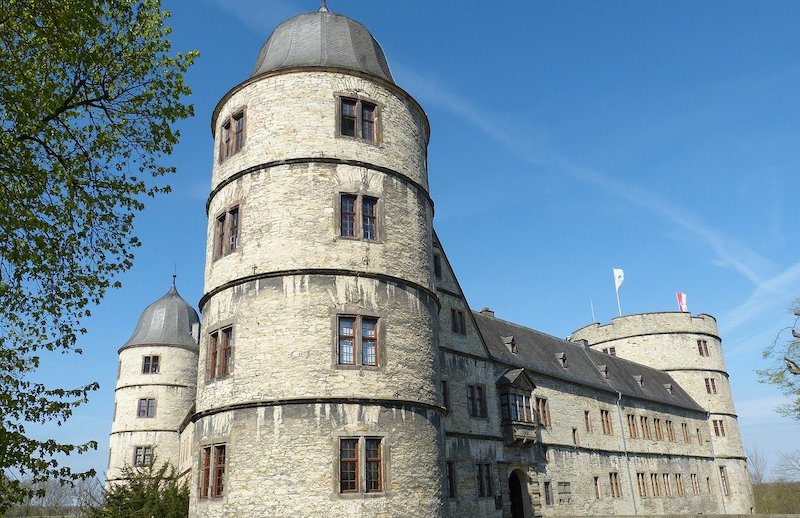 The triangular Renaissance castle in Wewelsburg was in a poor state when Himmler’s attention turned towards it in 1934.

However, undeterred by the dilapidated condition, he signed a 100-year lease on the property, and the SS began working on giving the castle a complete overhaul.

This incorporated all the best in Nazi symbolic grandeur. Swastikas and occult symbols adorned every aspect of the design. Pagan ritualism was embraced and only Nazi-approved artwork and artifacts decorated the halls.

One particularly ostentatious addition was a circular chamber known as “the crypt”. This had a large eternal flame at the center and was surrounded by 12 seats.

It turns out Himmler was crazy about medieval fantasy, the room was an obvious nod to King Arthur and the Knights of the Round Table.

Slave labor was used of course. Workers from the nearby Niederhagen and Sachsenhausen concentration camps were dragged in to bring Himmler’s vision to life.

He viewed Wewelsburg as the Grail Castle. And what would become the inspiration for the majority of Indiana Jones storylines many years later, Himmler sent his SS cronies all over the world looking for mythological antiquities that would imbue the regime with magical powers.

Wewelsburg also saw a number of pagan rituals take place. Led by Himmler, the exact nature of these (and the extent of potential depravity) remain unknown.

Construction of the castle’s fortification and the surrounding village (a moat was planned and the village was intended to be a home for leading SS soldiers) was still a work in progress in 1943.

The tide of the war was turning, however. After Germany’s defeat at Stalingrad construction at Wewelsburg was brought to a close.

When the allies later closed in to bring the end to the Third Reich, Himmler ordered SS major Heinz Macher to destroy the castle.

When the U.S infantry arrived a day later, the interior had been completely torched and turned into ashes. However, the robust medieval exterior survived.

Where is the Castle of Wewelsburg 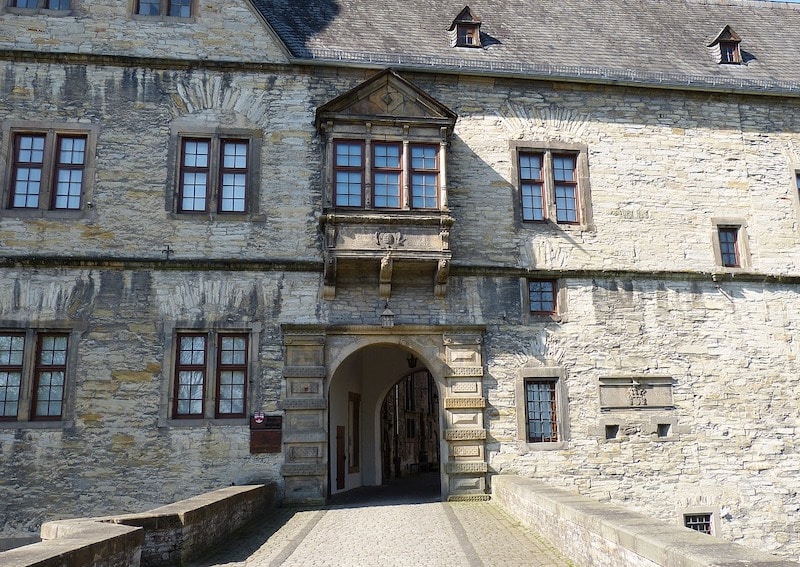 Today, the bulk of the castle is used as a large youth hostel, offering 204-bed accommodations and team-building programs for schoolchildren. Also, a museum was opened up on the site in 1996, with major renovations happening in 2010.

The free exhibition, which is the world’s largest devoted to the history of the SS, provides a comprehensive view on the horrors of the regime, with a focus on Himmler’s grotesque plan for world domination.

Essentially, the castle of Wewelsburg now acts as a poignant reminder of how quickly a civilized state can collapse into depravity and mass murder, when the wrong people take control.