No prizes guessing what’s on offer at this particular dark tourist site. Three hours drive from Belgrade, in the small Serbian town of Niš is a grisly historical monument that serves to remind us of the barbaric nature of empire.

The skull tower is just that, a tower made from human skulls.

History of the Skull Tower in Niš

The Ottoman occupation of Serbia was maintained with a heavy fist. Brutality was commonplace and uprisings were quickly quashed.

That being said, the Serbs were a stubborn lot and rebellions still took place. With the Ottoman Empire spread thin towards the beginning of the 19th century, the Serbian acts of defiance became more frequent.

However, the increased conflict in the region only led to a more heavy-handed response from the Ottomans. This came to a head in the Battle of Čegar.

In May 1809, a small uprising led by Serbian Stevan Sinđelić was vastly out-gunned and out-numbered by the Ottoman offensive. In short, the Serbs didn’t stand a chance.

Sinđelić and his men were not prepared to go down without a fight. With retreat off the table, the Serbs decided to meet their fate with all guns blazing.

They aimed to take as many Ottomans as they could to the grave with them.

Unloading all their ammunition onto the invading troops, Sinđelić waited until their trench was overrun and then set off a planned explosion. He fired his rifle into a gunpowder keg, annihilating his army and a substantial number of the enemy.

In suicide, they had achieved their goal.

The building of the Skull Tower 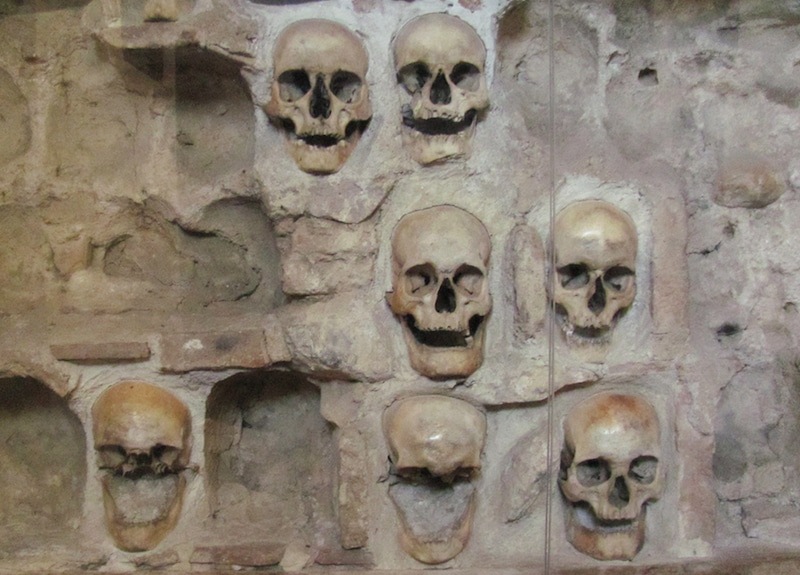 Ottoman Grand Vizier Hurshid Pasha was not best pleased with what was seen as a cowardly move from the Serbs.

To make an impression on other Serbs considering rebellion, he ordered the mutilation of the dead rebels’ bodies. They were skinned and their decapitated heads were stuffed with straw.

He then sent the skulls to Sultan Mahmud in Constantinople as proof of the victory and for further instruction on what to do to “make their point”.

Mahmud decided that a monument made from the skulls would be the best course of action. It was to be built in Niš and it would be made up of the 952 skulls (4 rows of 17 skulls on 4 sides) of Sinđelić’s army.

The 15-foot-tall (4.6 m) tower was positioned at the entrance to the city, with Sind̄elić’s skull the crowning glory on top.

The Battle of Čegar and the subsequent behavior of the Ottomans left a deep scar in the Serbian national psyche.

However, far from deterring further rebellion, the brutal disrespect only served to bolster the rebels.

Serbia’s citizens continued to fight for their freedom from the Ottoman Empire. A rebellion in 1815 successfully drove the Turks off occupied land, with independence finally granted in 1830.

Where is the Skull Tower

In the years after the construction of the tower, family members of the deceased chiseled away to free the skulls so that proper funerals could be given

As a result, only 58 of the original 952 skulls remain. The hundreds of cavities that surround those skulls represent all the Serbian lives that were lost.

In 1892 a chapel was built around the tower in order to protect it from the elements.