The Alpine Wall was a large line of defense that Italy put into place in preparation for WW2.

While the North of Italy enjoyed a level of natural defense via its long mountainous border, Mussolini thought that this was not enough.

And so began a massive industrial project that saw over 1,100 miles of terrain fortified in some manner.

Tensions were rising with countries on the northern frontier, (France, Switzerland, Austria, and the former Yugoslavia), so in many ways, the defenses were seen as necessary for the safety of Italy.

The Building of the Alpine Wall 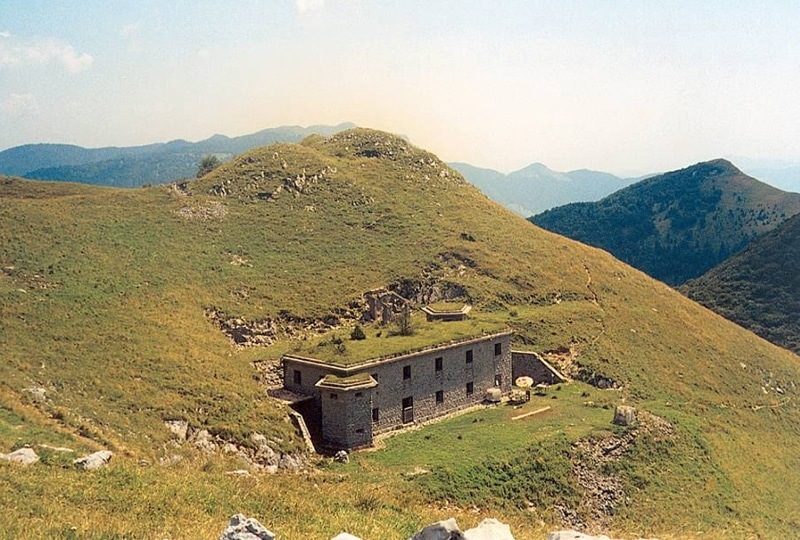 The building of the Alpine Wall began in 1931 and was originally intended to stretch from coast to coast, beginning at Ventimiglia to the west and Fiume on the Adriatic to the east.

It was also designed using a 3 zone principle. These were lines of defense with increasing distances from the frontier.

The first zone was called the “Zone of Security” and is where an initial battle with the enemy would’ve taken place.

The second was the “Zone of Resistance”, which were heavy fortifications designed to resist attack in isolation.

The third was “Zone of Alignment”. These were designed to narrow the enemy’s path into a direction and position where a counterattack could be successfully initiated.

The position of these was directly related to the nature of the terrain. The rugged nature of the Alpine frontier meant that each of the fortifications was concentrated in areas of potential weakness.

Such a grand undertaking was clearly a large economic burden. It was also built in secrecy and lasted 11 years up until 1942.

647 machine guns were eventually fitted along the stretch of fortification, with the building of 208 bunkers many filled with artillery pieces. Provisions were also made so that poison gas could be used.

Where is the Alpine Wall?

It can be difficult to pinpoint specific locations along the wall that you can visit. Your hiking ability, weather, and time of year all have a part to play in those that you might expect to reach.

That being said, one traveler-friendly way of obtaining insight is via the Bunker Museum in Dobbiaco. Here, visitors can explore the inside of an actual bunker that forms part of the Alpine Wall.

There’s also information on the building of the wall and exhibits covering the troubled history of the area during the 20th century.

A Wall with Little Purpose

In the end, the Alpine Wall saw very little conflict during WW2. The most heated action came in 1940 during the Italian invasion of France. Troops at Fort Chaberton exchanged fire with their French counterparts. During the battle, the fort sustained some damage from French 280mm field mortars.

Towards the end of the war, some of the Alpine Wall fortifications were used defensively by the Germans.

After the war some parts of the wall were destroyed, other sections were given to Yugoslavia as a part of war retributions. With the end of the Cold War, the Alpine Wall was finally abandoned and many parts sealed up for good.

The Alpine Wall today is a place of exploration for the hiker or intrepid dark “military” tourist.

Clearly, there are many locations along the line of fortifications that you can visit. (In fact, far too many to list in one article).

However, what most share in common is their bleak splendor against the beautiful backdrop of the striking alpine landscape. It is that juxtaposition of Mother Earth at her most dramatic alongside man-made constructs for War that offers a sense of melancholy.

Don the hiking boots and take a walk into the wilderness. Stumbling across remnants of the Alpine Wall is definitely worth the trip.