As far as towns go, it doesn’t get much more charming than Hallstatt in Austria.

Tucked away at the edge of a forested mountain in the Austrian Alps, complete with the crystal blue waters of Hallstatt lake, it’s a destination more suited to those in search of the Von Trapps than anyone looking for a suitable dark tourist experience.

Well, fear not, you search hard enough and there’s a good dose of the macabre everywhere you go.

In Hallstatt, it is in the form of a 12th-century chapel, and the unassuming Charnel House close by. Here you will find a room filled with over 1200 human skulls, over half of which have been intricately painted.

Inside the Hallstatt Beinhaus (Charnel House) 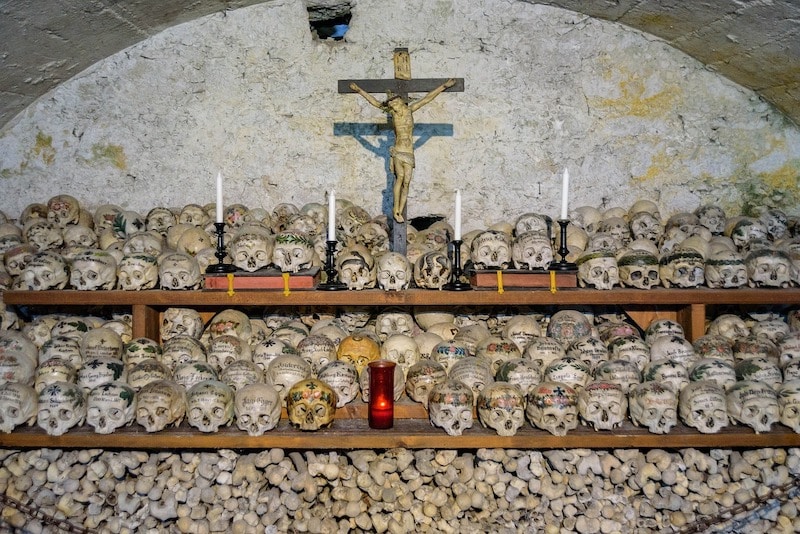 Due to the idyllic, picturesque mountainside location of Hallstatt, burying the dead has long been a problem. With burial grounds in short supply, by the 1700s the townsfolk were running out of space for the newly deceased.

To alleviate the problem, the church began digging up old corpses to make way for new ones. The freshly exhumed bones (of bodies buried for up to 15 years) were then bleached in the sun and stacked up in the Charnel House.

Around 1720, a tradition started for the bones to be decorated.

To make up for the indignancy, family members would write the names and birth/death dates onto the skulls, along with decorative symbolic motifs.

Some 610 skulls have been lovingly decorated. Those completed during the 1700s are painted with thick dark garlands. Later trends in the 1800s saw brighter floral styles being used.

By the 1960s the tradition had all but stopped. Cremation became the most common way of disposing of the dead.

You can see her skull beside the cross in the bone room. Her’s is the one with the gold tooth.

Where is the Hallstatt Beinhaus 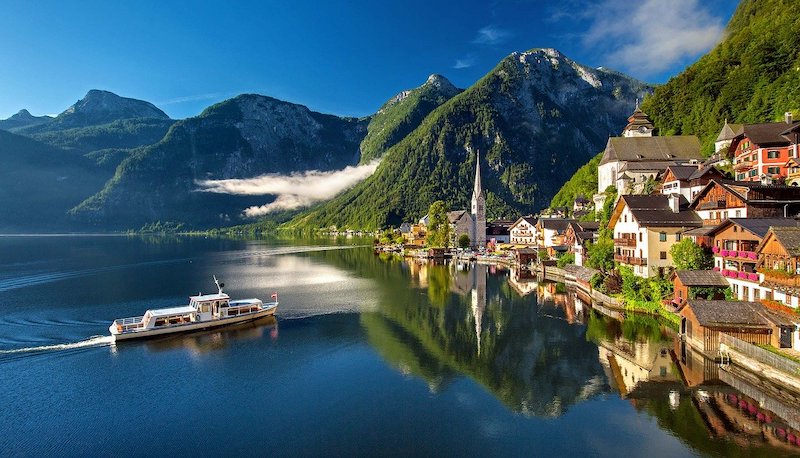 A ferry journey is required for most people arriving at Hallstatt. If you are taking a train or bus from Vienna or Salzburg, you will arrive at Hallstatt train station which is actually the other side of the lake from the main town.

However, the ferry journey is short and is all part of the charm. Signs clearly mark where you catch the ferry and you can buy your tickets once aboard.

Once in the town head towards the cemetery next to St. Micheal’s Chapel. You’ll need to ascend some steep steps but the view is also worth it.