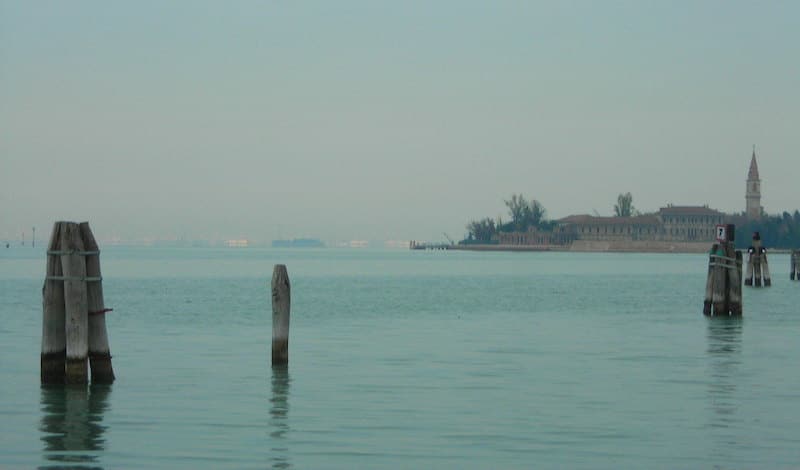 Poveglia Island is situated just south of Venice. It has a gruesome history and is strictly off-limits to both locals and tourists; factors that are like a red flag to a bull in the eyes of the adventurous (if a little fool-hardy) dark tourist.

Originally used as a fortification by the mighty Venetians, the buildings on the island were modified in the late 18th century to house plague victims.

From 1793-1814 the island acted as a quarantine station, one of many within the Venetian lagoon at the time. However, what set Poveglia apart was the number of infected souls that were said to have died there.

With reports in the region of 160,000, a dark local legend suggests that 50 percent of the soil is made up of human remains.

Use as a Quarantine Station

The island first came under the jurisdiction of the Magistrato alla Sanità (Public Health Office) in 1776, and all goods and people arriving into Venice by ship would be checked there.

When the plague arrived less than 30 years later, the island was transformed into a confinement station, the role becoming permanent under orders by Napoleon Bonaparte in 1805.

As plague once again made its way through parts of Europe, the death toll on Poveglia increased into the tens of thousands. As a dumping ground for the diseased, victims would be dropped off at the island and literally left to die.

Plague ridden corpses that had died elsewhere, would also be taken to the island and dropped into mass graves before being burned.

The extent of the pain and suffering that occurred at the tiny location is hard to comprehend.

Life as a Mental Asylum

The dark history of Poveglia island continued into the 20th century too. No longer used as a quarantine station the buildings laid abandoned for most of the 1800s.

Then, in 1922 they were converted into an asylum for the mentally ill. A rather twisted local myth has it that one of the doctors tortured and killed many of his patients on the island.

He would butcher them before adding the remains into the already bone ridden soils of Poveglia.

Later, haunted by the souls of the victims he had brutalized, the doctor threw himself off the bell tower.

To this day those that venture close to the island say that they can still hear the bells of the tower, even though they were removed many decades ago.

The asylum was closed in 1968, however, despite the buildings being converted yet another time for use as a retirement home, evidence of its life as both a quarantine station and mental asylum, still remain.

Fortified structures adorn parts of the island and sections of the asylum exist with rusting bed frames and grated bars over broken windows.

The location of the plague pits can also be found if you know where to look.

Where is Poveglia Island

As we have already mentioned, Poveglia is strictly off-limits. It is actually illegal to set foot on the island.

That doesn’t stop people visiting of course. A conversation with a water taxi driver and the right amount of Euros in your hand will get access.

Our advice would be not to stay too long, however. In 2016 five tourists from Colorado had to be rescued by firefighters after attempting to spend the night on the island.

As darkness fell they became terrified. A presence in the dark had begun to haunt them. Unable to spend a minute longer on the island, they ran down to the shore and started screaming for help.

Fortunately for them, a sailboat closeby heard their cries and notified the authorities.