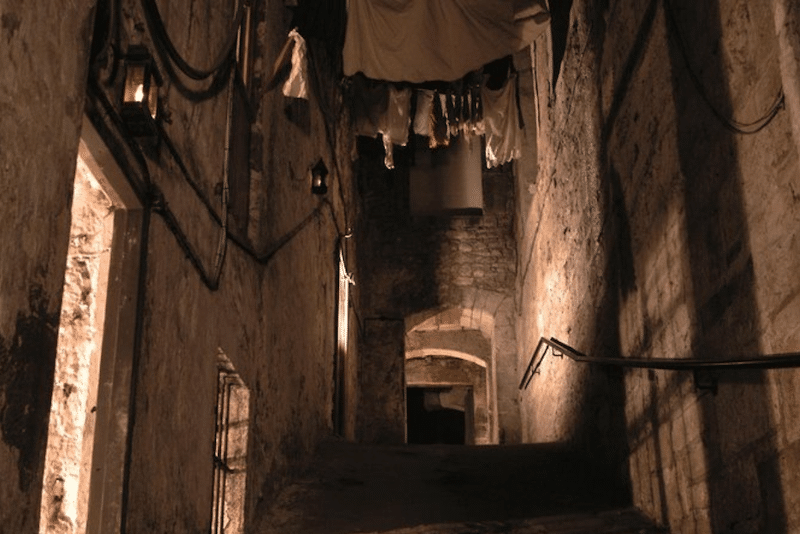 For any dark tourist making a trip to Edinburgh, Mary King’s Close is definitely worth a visit.

The story alone is enough to make your hairs prickle, (or maybe that’s just me whenever I see the infamous image of the medieval plague doctor mask).

As the tragic legend goes, back in the 1640s hundreds of plague victims from around the city were rounded up and herded into the tight quarters of Mary King’s Close.

The close was then walled up and everyone inside left to die. Their desperate screams allegedly rang out across Edinburgh (which was clearly a lot smaller then) for days.

The truth behind the legend

As with many legends, time has exaggerated the details. The true history is nearly as gruesome, however.

The Black Death hit Scotland hard during the 17th Century. A quarter of the population was lost and the disease was rampant in overcrowded areas such as Edinburgh.

The dirty, warren-like tenements of Mary King’s Close (its semi-subterranean alleys were home to around 500 people), were particularly prone.

Plague victims were too weak to move from their homes, and the death toll continued to rise.

That image of the plague doctor that gives me goosebumps, belonged to the likes of local doctor George Rae.

He would visit the sick and dying in Mary King’s Close, wearing the full leather protection clothing and that hideous mask with the long bird beak.

This design was used so that aromatic fragrances could be packed into the long nose, in the belief that it would protect the wearer from what was considered then, an airborne disease.

In an attempt to save a plague victim the methods were harsh. Rae would slice off the top of the victim’s sores, and then cauterize the wound with a red hot poker. This was long before anesthetic remember.

If treated early enough, it is believed that the process may have saved lives.

The legend of the victims being walled in very likely comes from the fact that the whole area was quarantined during the plague epidemic. Dr. Rae did what he could, however, the disease still wiped out a large percentage of the local population.

Finally, almost 100 years after the deadly pandemic, the whole site was sealed off in the 1750s. The City Chambers building was constructed on top of the underground warren. No one was trapped in the foundations and left to die mind you.

Where is Mary King’s Close

The abandoned remains of Mary King’s Close were closed to the general public for centuries.

It wasn’t until 2003 that an entrance was opened up, and what’s left of the subterranean layout made safely accessible to the likes of us.

Today, anyone with an interest in Edinburgh’s macabre history can pay a visit and there are a number of guided tours available. True to form, there’s also a good little ghost story attached to the site.

One of the spirits that haunt those musty passages is that of a ten-year-old girl named Annie. Showing visible signs of the plague that took her life, believers report temperature changes and feeling a strange presence in the room which is said to be hers. 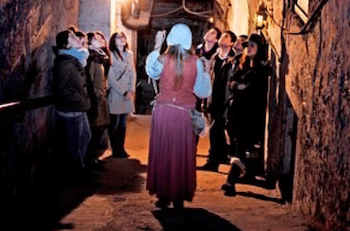 A current top-rated tour of Mary King’s Close is organized by these guys. The 1-hour tour of the “Real Mary King’s Close” takes you to the underground streets beneath Edinburgh’s Royal Mile.

It may feel a bit gimmicky to some, (you’re accompanied by a costumed guide with higher career hopes), but the stories and legends about real-life residents are vividly brought to life.

You’ll learn lots about Edinburgh during the 17th century, and the plague that ravaged the population.