The East German Stasi (Ministry of State Security) needs no introduction to the average dark tourism enthusiast. The infamous secret police force of the German Democratic Republic (GDR), was one of the most feared in the world.

It considered itself the “Shield and sword” of the Socialist Union Party and was integral in enabling the East German government to keep its people in check.

Running a covert war against “enemies of the state” it took the notion of neighborhood watch to all-new levels.

It’s estimated that one out of every 10 East Germans worked as an informant for the Stasi. In short, citizens of the GDR never knew who might be watching or whom they could trust.

As the East German dissident singer-songwriter Wolf Biermann once said; (after being expelled to the West in 1976) there was no need for diary-keeping in the DDR, as the secret police were doing a much better job than he ever could.

To fall under the scrutiny of the Stasi and ultimately on the wrong side of them, could end your career, destroy relationships and in many cases result in imprisonment. 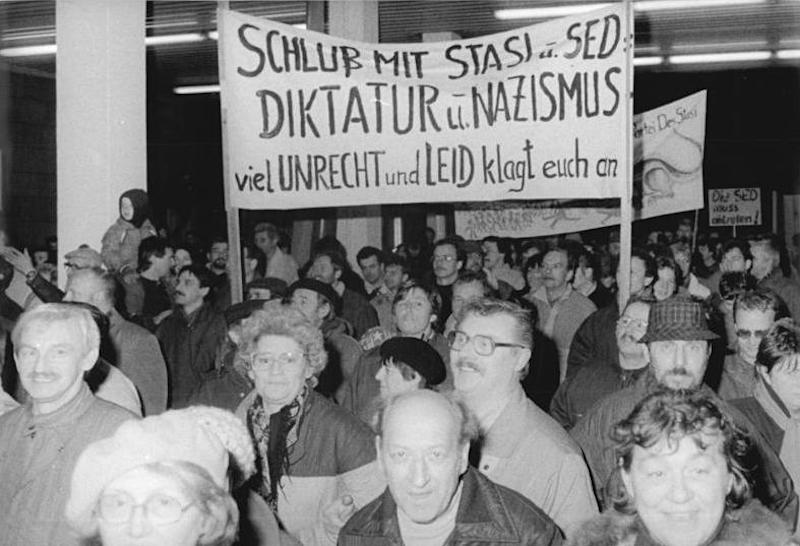 In January 1990, the Stasi headquarters in Berlin was stormed by protesters; all part of the social catharsis that took place during the months after the fall of the Berlin wall.

Not long after, the museum was established to help make sense of the torment inflicted on former GDR citizens during decades of totalitarianism rule.

The result is an essential dark tourist destination for anyone traveling to Berlin.

Where is the Stasi Museum in Berlin?

Ways to Experience the Stasi Museum 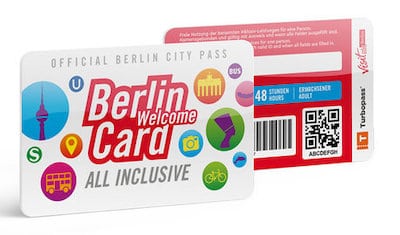 This is what my wife and I used. Even if you’re only sightseeing Berlin for a day it is worth getting hold of this, (48hr, 72hr, 4, 5 and 6-day cards are available).

It gives you discount entrance to loads of Berlin sites, attractions and tours, as well as money off at certain bars and restaurants. 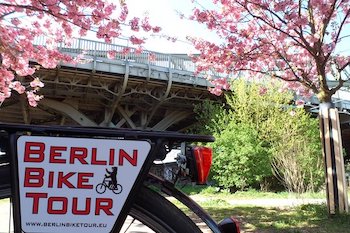 This affordable tour takes approximately 4 hours and is ideal for people that want to get off the beaten track in Berlin, (most dark tourists have a sense of adventure after all). 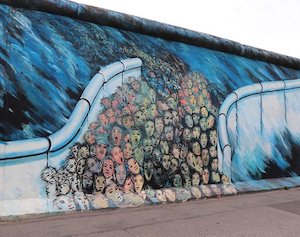 This is a 3-hour, small-group tour that focus on Berlin’s key communist-era sites and is an excellent choice for dark tourists fascinated with the GDR.

The starting point is the Brandenburg Gate (where East met West). Learn how families were separated at Friedrichstrasse train station, see a memorial to murdered East Berliners at the ‘death strip’, and visit the Stasi headquarters among other sites.

What to expect at the Stasi Museum? 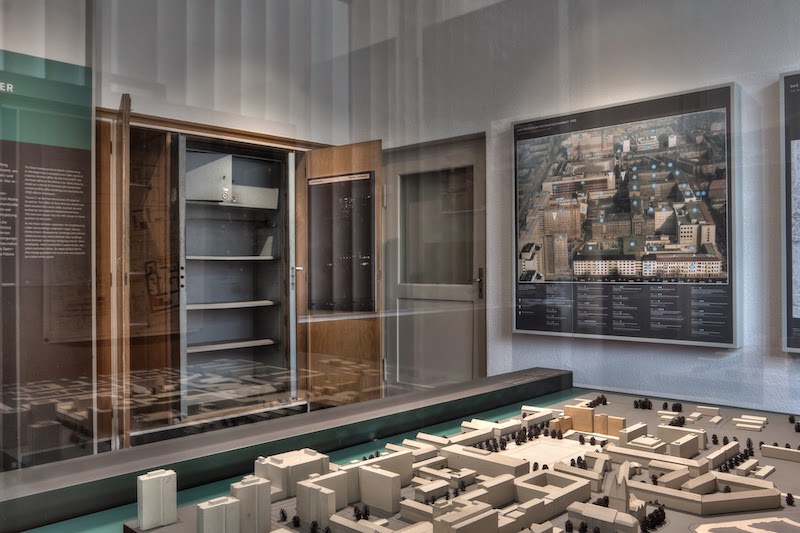 Essentially the museum showcases some of the many ways that the secret police used to spy on its citizens.

I first visited the Stasi museum back in 2016, on a dark tourist trip to Berlin with my then-girlfriend (now wife). The range of artifacts is impressive. The ingenuity of the methods described somewhat chilling in their effectiveness.

There is a section on the 3rd floor that was especially memorable.

Dedicated to the Stasi technique of “Zersetzung” (corrosion), the exhibits demonstrate how the secret police would deal with problematic political dissidents.

Acting like obscene, covert, practical jokers the Stasi would aim to “break” their victims, by damaging relationships or making subjects thing they were losing their minds.

In some cases, pornographic material would be delivered to their homes; underwear might be planted so that partners would begin to suspect an affair.

Tires on bicycles would be routinely deflated, and small yet important items would be go missing. The lives of the subjects would be subtly toyed with in order to drive them into a state of despair. 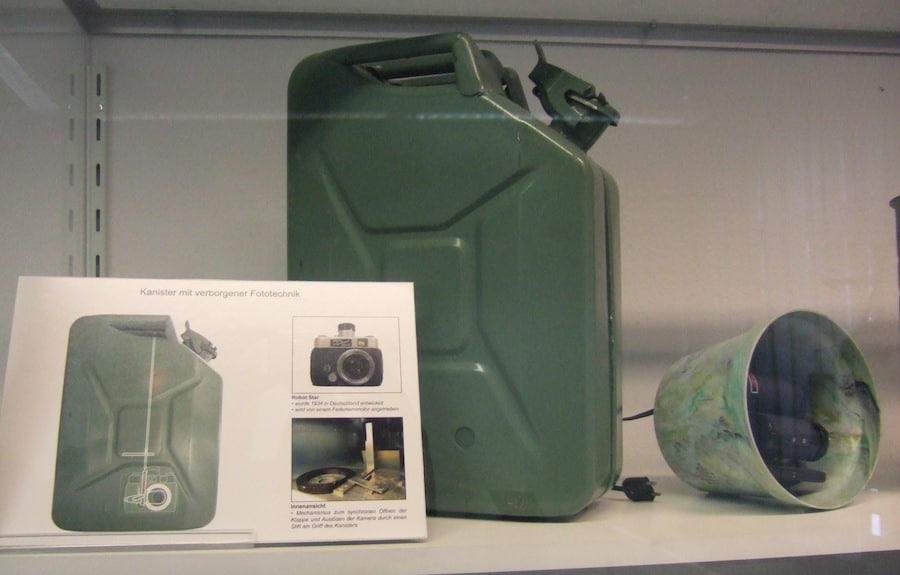 Much of the museum is taken up demonstrating how the Stasi and its informants went about spying on its people.

There are examples of microphones hidden inside church hymn books and tea-cozies, wristwatches with wiretaps and cameras planed in Jerry cans, (see image above). There’s also whole rooms taken up with the files that were kept on people under scrutiny.

Sniffer dogs were used effectively too. Cotton squares would be hidden under seat cushions. These would pick up the scent of the person and would be retrieved and kept in airtight “smell jars”.

Dogs could then be presented with the jar and used to track the person’s movements.

The Stasi and Children in the GDR 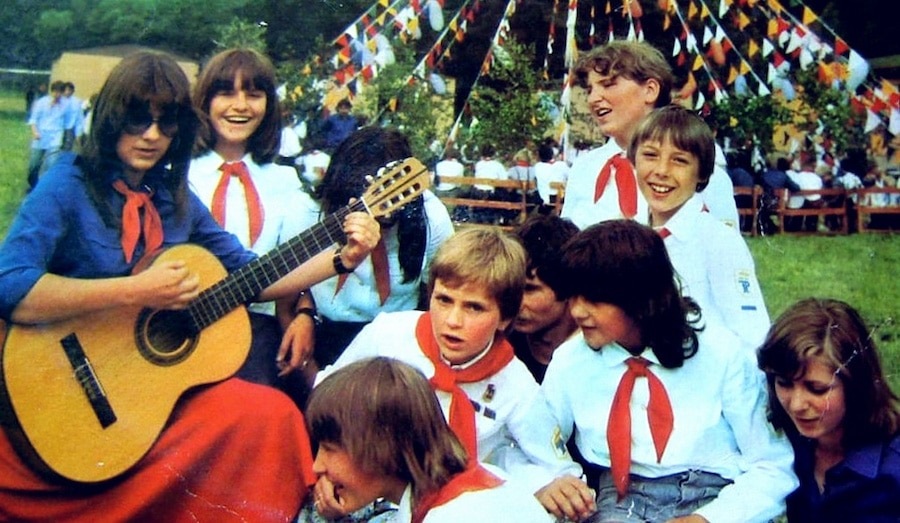 In order to maintain an orderly, obedient communist society it was important for the government to instill the “Party Way” into its citizens as young as possible.

This meant that even from pre-school age, children were introduced to the norms of a totalitarian state.

As if taken from straight from the pages of 1984, the Orwellian brainwashing included dolls accessorized with gas masks and AK-47s.

Flashcards would be used to teach the A, B, C’s, however, the pictures would be of lock picking, camera surveillance and tracking methods.

The Preserved Office of Erich Mielke 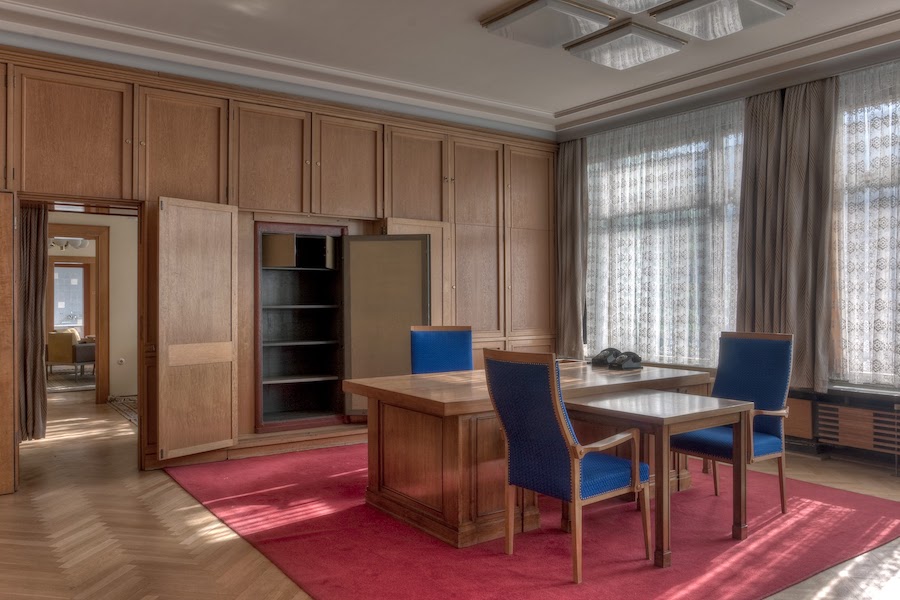 Another chilling part of the museum is the preserved office of Stasi chief Erich Mielke.

Seeing his desk and the decor and knowing that this was the room where so many decisions that effected countless lives for the worse, were made; it is a type of dark tourism location that hits home.

It certainly made me think about what ordinary citizens of the GDR had to endure. It might also make you think long and hard about our own society.

For all its problems we’re not doing too bad.

No extra charge, no booking required.