Like many dark tourism destinations, when you initially arrive at the location it is difficult to connect what you see in front of you, with the human suffering that took place there.

That definitely applies to the former KGB headquarters in the center of the Latvian capital of Riga.

The elegant Art Nouveau building is a beautiful structure, with ornate cornices and decoration. It stands as a fine example of the architectural genre.

The street too, being a central city location, is full of the hubbub of 21st-century life.

Yet the KGB Museum, also known as the Corner House is where political prisoners and members of the public that had aroused suspicion, would once be sent for torture and worse.

The Soviets first seized control of Riga in 1940. With that of course, came the arrival of the much-feared KGB secret police.

Choosing the Corner House as their headquarters because of its central location, and one would assume the warren-like series of rooms suitable for incarceration, the KGB began to operate in the manner they were infamous for.

Picking up citizens, or “Undesirable Elements“ for “crimes” as trivial as anti-Soviet conversations, Latvians that ended up in the Corner House were often lucky to escape alive.

During the occupation, countless people were captured and executed by the KGB in a killing chamber within the building.

Those that escaped death would be crammed into holding cells with other unfortunate prisoners.

There, the conditions could get so bad that the outcome was often death anyway.

The KGB captors would withhold water, driving people crazy with thirst. The heat in the rooms was often as high as 85 degrees.

And then, of course, was the torture that accompanied rudimentary interrogations.

In short, the suffering of prisoners was relentless.

And those that survived the Corner House could find themselves receiving a one-way ticket to Siberia.

Just a month later, in August 1941 the Nazis were close to taking Riga.

With the Russians acutely aware that their time was running out, they started executing prisoners with haste.

When the Nazis finally arrived in the City, the KGB had already fled, leaving the remaining detainees locked up in their cells.

Despite the fact the Nazis brought their very own reign of terror upon the Latvians during WW2, the Corner House remained free of controversy during the German occupation.

In fact, to appease the people of Riga, and to highlight the brutality of the Russians, the Nazis opened the doors of the former KGB headquarters to show the public the scale of their behavior.

The respite only lasted for the remaining years of the war, however.

After the defeat of Germany, the Russians strolled straight back into Riga.

The Corner House once again became the home of the KGB and the horrors resumed once more.

The Fall of the Soviet Union 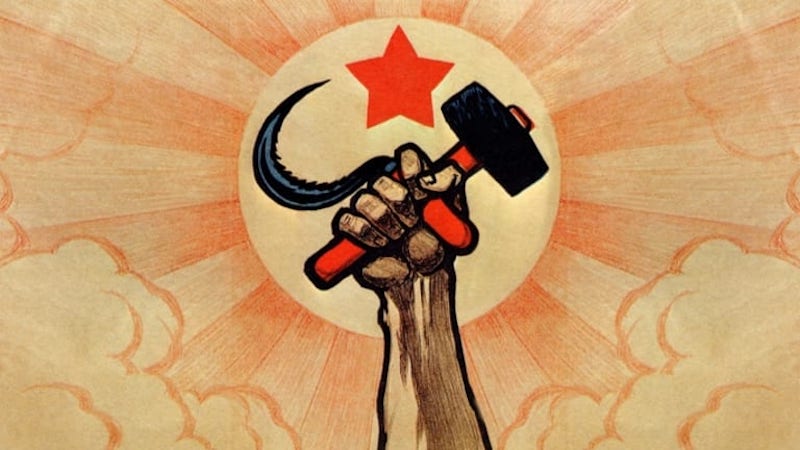 In 1990, the Iron Curtain fell. Latvia regained its independence on May 4.

With the KGB gone, the Corner House was closed up and left untouched.

The Latvian people understandably wanted to move on; the process of rebuilding a country after a half-century of authoritarian rule had begun.

It wasn’t until 2012 that the space was revisited and the brutal history of the KGB in Latvia started to be explored in the form of the museum.

The secretive, former headquarters of the brutal KGB is an important exhibition, with large parts of the building remaining as it was during the Soviet regime.

Where is the KGB Museum in Riga?

The Corner House is easy to get to for tourists staying in the center of Riga. You’ll find the building on the corner of Stabu and Brīvības iela. It is just a few blocks north of Riga’s Old Town.

The museum is free to visit daily between 10:30 & 17:30. There is also a paid tour that allows you to explore the former KGB headquarters with an English speaking guide.

The museum advises that you buy tour tickets online in advance

Riga: The Darkest 50 Years with a Local Guide walking tour 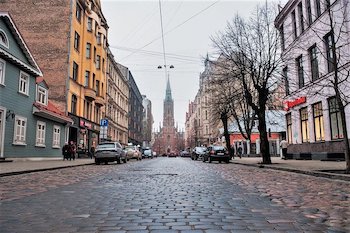 You’re guaranteed to be in a small group on this, which allows for a much more personalized experience. Over the 3 hours, you can ask plenty of questions about the city under Soviet and Nazi rule.

You’ll visit sites where there’s visual evidence of the occupations. Throughout it all, you’ll enjoy knowledgable commentary from your local guide.

The tour will also take you to the Russian corner of the city, you’ll drink in a Soviet-style café and visit the KGB museum. This is quite simply a must-do tour for any dark tourists in Riga.

What to expect at the KGB Museum Riga

I definitely recommend going for the guided tour as it is by far the best way to experience the museum.

When I visited the Corner House in 2019, our guide Marta spoke excellent English and was extremely knowledgeable on all aspects of the building and its history.

She was generous in allowing time for questions too.

The beginning of the tour takes you through the steps new arrivals would have taken after being arrested by the KGB.

There are rooms designated for the taking of fingerprints and photographs. You also see where the duty officer would have registered the detainees before interrogations began.

Through to the holding cells

The tour then takes you into the depths of the building.

The utilitarian nature of the administrative areas is replaced by the much more foreboding warren of prison corridors, dank holding cells, and interrogation rooms.

You enter through a series of heavy metal doors as you proceed into the maze of the former KGB headquarters.

The detainee cells (called boxes) are tiny and it is easy to sense the terror the new arrivals must have felt about their predicament.

The original “beds” (hard wooden boards) still exist, as do the filthy buckets for ablutions.

As we make our way through these grim rooms, Marta explained the nature of the interrogation techniques, (she didn’t use the word torture but it amounts to the same thing).

Prisoners experienced severe beatings during questioning. Hair was ripped from their heads; the burning of skin was commonplace.

Sleep deprivation was also a method used to “break” a prisoner’s resolve. Lights in the cells were never switched off, and if a guard saw that a person had fallen asleep they would burst in and wake them.

Interrogations could happen day or night and would last for hours. There would be no medical assistance for the wounds inflicted.

The only respite the prisoners had from the cycle of beatings and time in their cells was a trip to the exercise yard. This might happen twice a week if the individual was lucky.

Marta led us to this area and explained that the prisoners were told to walk in a circle with their heads down. They were allowed 10 minutes in the space and this was the only fresh air they would ever get.

A KGB officer would patrol in the area above, keeping watch.

Our guide takes us to the execution chamber that leads off the main inner courtyard. She explains that a truck would be left running right outside the building to mask the sounds of the gunshots.

We take a look inside and the thought that so many innocent people were killed in this tiny space is difficult to process.

“The body would then be thrown in the back of the truck and driven to a dumpsite”, Marta explained.

I couldn’t bring myself to take a photograph of this as it seemed untoward to do so. The image of that room stayed in my head for a long time afterward.