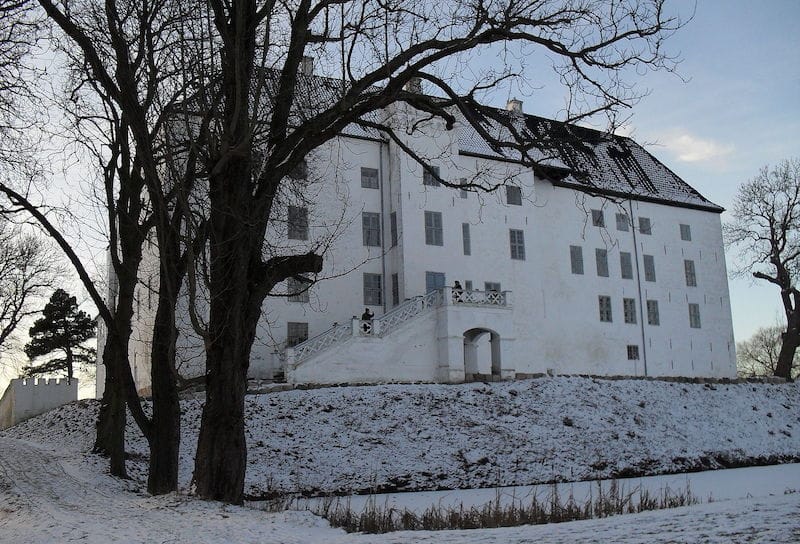 Dragsholm Castle in Denmark is a vision from a fairy tale. This stunning white-walled castle has stood on the west coast of Zealand for over 800 years.

Situated just an hour from Copenhagen, it is a popular destination for tourists and locals. With its Michelin star restaurant, incredible views, and beautiful rooms it is easy to see why.

So what is it doing in the pages of Dark Tourists? Well, if you like a good ghost story, this is the place to come.

Dragsholm Castle boasts over 100 specters, it is steeped in a bloody history that has led to the demise of many.

It is considered to be one of the most haunted places in Europe and was once home to noble prisoners.

Built in 1215 by the Bishop of Roskilde, Dragsholm Castle was originally a palace for him and his family to live in ultimate comfort.

It became heavily fortified during the middle-ages and gained a reputation as being impenetrable. It lays claim to being the only castle in Zealand to withstand the brutal armies of Count Christoffer.

During the Reformation, Dragsholm was passed on to the Crown. This set the place up for one of its key historical chapters. For over a hundred years between 1536 and 1664, the castle was a prison for noble and ecclesiastical prisoners.

The tower on the northeast corner of the castle was converted to house the prisoners. However, conditions for inmates varied depending on their social position and severity of their crimes, (just how badly they had insulted the king basically).

Some were held in reasonable comfort, others in abject misery.

There were well-known prisoners at Dragsholm Castle during its time. One of the most famous was James Hepburn, the fourth Earl of Bothwell.

As the third and final husband of Mary, Queen of Scots it is thought that he may have been responsible for the death of her second husband, Lord Darnley.

He certainly was a colorful character. By his mid-30s he was known in Scottish society for his string of scandals, including multiple marriages and divorce, adultery, bankruptcy, and alleged murder.

The rumors that Hepburn was behind the death of Lord Darnley came to a head at the Battle of Carberry Hill. He lost and promptly fled to Denmark where he was soon imprisoned in Dragsholm for his crimes.

He would then spend the final 10 years of his life there, much of it chained to a pillar that can still be seen at Dragsholm today.

Other notable prisoners included the last Catholic Bishop in Roskilde and former owner of the castle, (oh how the mighty fall), Joachim Rønnow, and Squire Ejler Brockenhuus.

The castle that we see today is very much the work of nobleman Frederik Christian Adeler (1668-1726). He bought the semi-ruin of Dragsholm Castle in 1694.

The once impenetrable fortress had suffered greatly during the wars against Charles X Gustav of Sweden. Repeated attempts to blow it up had left the castle in a dilapidated state. For a short while, it ended up in the hands of grocer Heinrich Müller.

However, unable to afford the necessary rebuild, Adeler stepped in and took over the reins. It was he and his descendants that turned Dragsholm into the baroque beauty that exists today.

The Castle stayed in the Adeler family for over 350 years. It wasn’t until the line became extinct in 1932, that Dragsholm Castle passed over to the Central Land Board. Today it is owned by J.F. Bøttger and family.

Where is Dragsholm Castle 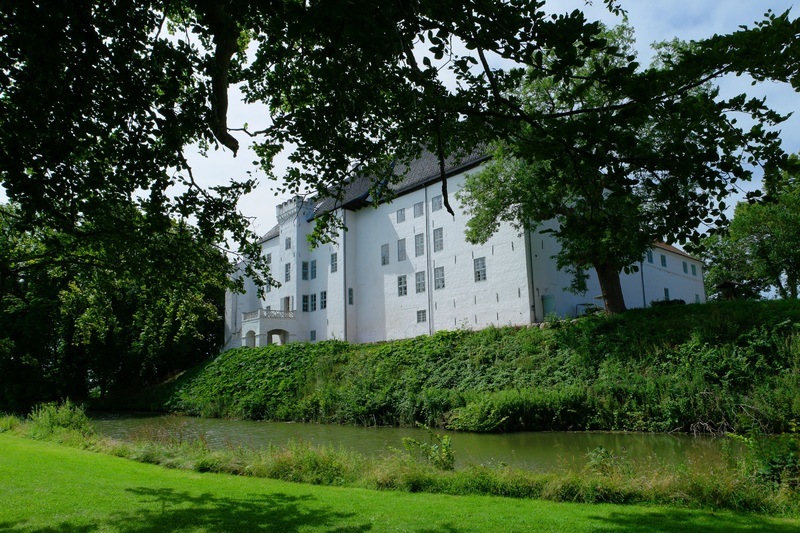 The Bøttger family has managed the castle for a number of years now, and are responsible for raising the quality of the hotel and restaurant to the level it is today.
The castle is now a Relais & Châteaux hotel with two restaurants.

To do this, much of the interior of Dragsholm Castle has been refurbished and modernized. It continues to be a tourist attraction for those that wish to look around the castle and grounds, however, to eat and stay at the property does not come cheap.

Its reputation as one of the most haunted places in Europe is not particularly endorsed by the owners. However, fans of the supernatural do book a table in the hope of seeing a ghost.

The Ghosts of Dragsholm Castle

The Woman in White

A cliche yes, but the castle is said to have its own Woman in White. This is believed to be the ghost of Celina Bolves, daughter of the powerful and noble Bovles family.

She was allegedly sealed inside the walls by her father as punishment after becoming pregnant by a local laborer. It was there that she died.

Those that have sighted her ghost state that she seems to be looking for someone. Wandering the corridors at night, she will moan or sigh in sorrow because what she seeks cannot be found.

The legitimacy of what may have happened to Celina Bolves came during the 1930s. While repairing some plumbing, workmen discovered a skeleton imprisoned in the wall. Wrapped around the bones was a torn, white dress.

Another ghost roams the castle in the form of a woman. This time she is wearing a grey dress and is believed to be a maid at Dragsholm. Her spirit is a happy one.

The story here is that she arrived at work one day with a toothache. The generous master gave her a poultice to help soothe the pain.

It worked and she was very grateful. However, she died just a few days later from an unrelated incident.

Her ghost now haunts the castle in a positive way; she returned to the castle to show her gratitude towards the kindly master.

She is spotted at night and seems to offer protection to the guards of Dragsholm.

And of course, there is the ghost of James Hepburn, fourth Earl of Bothwell.

After living the high-life with the likes of Mary, Queen of Scots, he suffered greatly during incarceration at Dragsholm

Being tied to the aforementioned post for several years, it is said that he went insane. He died a premature death at the age of 44.

However, while you might expect his ghost to be the forlorn vision of the man that was imprisoned, the specter of James Hepburn is generally more upbeat.

His ghost is seen circling the castle’s grounds in a horse-drawn carriage, essentially a depiction of the last moments of his freedom.