On May 8, 1902, Mount Pelee erupted and destroyed the town of Saint-Pierre, Martinique.

Approximately 30,000 people were burned to death instantly and it is deemed the worst volcanic disaster of the 20th century.

But one man, against all odds, escaped with his life. Ludger Sylbaris had spent the previous evening drinking and was later arrested for drunken behavior.

He was placed in solitary confinement in a poorly ventilated, dungeon-like jail cell for the night.

A few hours later, “End of Days” would visit Saint-Pierre, while Ludger Sylbaris was trapped in the cell that would spare him from death.

Hindsight is a powerfully impotent thing. The fact is, the Mt. Pelée volcano had been showing signs of eruption for several days.

People were understandably nervous, however, they had no frame of reference as to what to expect. (vulcanology was very much in its infancy in 1902). They clearly had little understanding of the devastation that was about to take place.

Ash had started to fall, which in turn led people to move from the countryside into Saint-Pierre in order to seek refuge. They didn’t stand a chance.

When Mt. Pelée finally lit up in the morning of that fateful day, it is reported that a cloud of smoke darkened the sky for fifty miles.

Upon eruption, a fire-ball of superheated volcanic gas and dust exploded out of the volcano at several hundred miles per hour. Anyone or thing within an 8-mile radius was incinerated.

If you were caught in the path of the inferno you would have instantly caught fire and burned alive.

Anyone lucky enough to seek shelter inside a structure that could withstand the rolling debris would fare only marginally better. Death would have arrived via suffocation as the wave of superheated gas burned all oxygen in the air.

All except a handful of the city’s 30,000 residents were killed and the city burned for days. 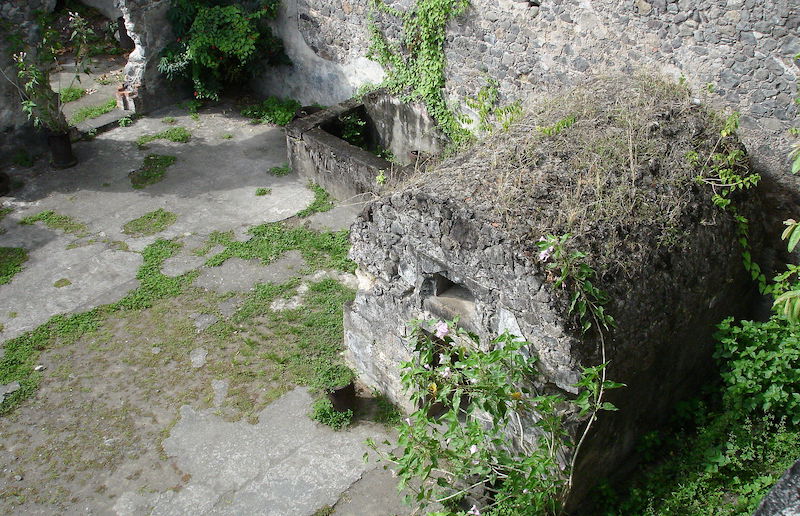 Ludger (or Louis-Auguste as he was known before the fame of his survival) was always getting into trouble with the police.

27 years old at the time of the eruption, his M.O was drinking and fighting. The fact he was locked up the previous night was of little surprise.

Where he got incredibly lucky is that the authorities had decided to put him into the solitary confinement cell. This half-subterranean bunker-like structure had no windows and a narrow slit in the door that faced out to sea.

All of this helped save his life, as it turned out that the cell was the safest place to be on the island.

It was four days after the eruption that rescue workers found him. He had not escaped unscathed, however.

His body was badly burned from high temperatures of the blast, but he had managed to stop the superheated wave from vaporizing the air inside the cell by urinating on his clothes and stuffing them in the door slit.

He would later claim that he was the only survivor of the worst volcanic disaster of the 20th century.

There were in fact 2 others; a Léon Compère-Léandre, that lived on the very edge of the city (said to have survived by being blown into the sea by the blast) and a Havivra Da Ifrile who made it to a boat during the eruption and hid in a small cave.

However, Sylbaris’ claim would turn him into a celebrity.

He spent several years touring the world with Barnum & Bailey’s circus, retelling the story of what he had experienced, with the stage title “The Most Marvelous Man in the World”.

The cell that saved Ludgers’ life still exists in St. Pierre and can be visited by tourists. Understandably, almost every other structure in the town is built post the 1902 eruption.

The scale of the town is also a lot smaller and it never fully recovered from the devastation.

Compared to the 30,000 that once lived here, the population now is just a few thousand. The fact that Pelée remains one of the most active volcanoes in the West Indies, is a big factor in this.