Beneath Stockport, near Manchester, England is a mile of tunnels that could once provide shelter for 6,500 people.

The subterranean network was dug out from the sandstone in 1938. During the bombing raids by the Germans in the Second World War, the tunnels proved invaluable.

Now, 80 years later, one shelter known as the ‘Chestergate Hotel’ (due to the conditions being better than the average air-raid shelter) is open as a museum.

Visitors gain insight into the lives of everyday citizens of the 1940s, as their homes were bombed above their heads. 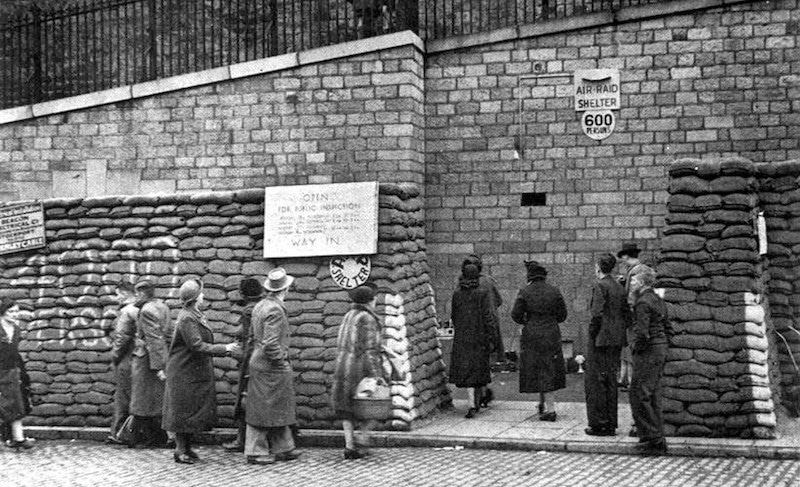 In September 1941 the Germans began bombing Great Britain from the air, in a sustained attack known as the Blitz.

While London bore the brunt of the campaign, many other cities across the UK were targeted. In Manchester, 8,000 homes were destroyed along with many of the city’s landmarks and industrial areas.

In nearby Stockport, the British were able to build their biggest civilian air-raid shelter.

The soft sandstone was suitable for tunnel building, and furthermore, the job was made easier due to the preexisting old cellars and mine workings that had been discovered a few years earlier.

With established access points close to the River Mersey, the government decided on an enlargement plan to turn the network into public air raid shelters.

Several large shelters were built in late 1938 and 1939, with the aforementioned Chestergate, (originally accommodating 3,850 people) being enlarged to take 6,500.

The conditions that led the shelter to become known as “the Chestergate Hotel” included good natural ventilation, electrical lighting, chemical toilets, bunk beds, and a canteen.

The large size was also extremely atypical. This led to higher levels of social life and communal support that gave citizens a greater feeling of security.

The popularity of Chestergate led to problems, however. The demand for places inside the shelter was high, and a shelter ticket system had to be introduced.

Credit needs to be given to the civilians and shelter marshals of the time mind you. Apparently there was never any conflict in the shelters during the war and the marshals would always find room somewhere in the tunnel system for those that turned up.

Turning the Shelter into a Museum 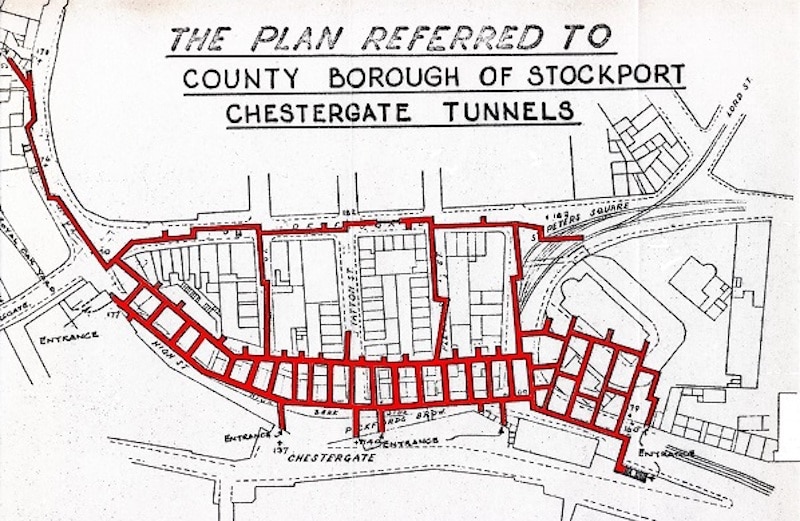 After the war, the Stockport Air Raid Shelters were boarded up and abandoned.

They sat, almost forgotten for the best part of 50 years, only being re-opened in the mid-1990s, when workmen broke into the network while carrying out road repairs.

The tunnel system was in surprisingly good condition. The steel bunk beds had survived, along with the chemical flushing toilets. Many of the original features and of course the overall layout remained intact.

It wasn’t long before a proposal to turn the shelters into a visitor attraction was given the go-ahead. In fact, the Stockport Air Raid shelters became the first purpose-made shelters to be opened to the public.

The museum now has over 50,000 visitors a year and is one of Stockport’s top tourist attractions.

Where is the Stockport Air Raid shelter?

A visit to the Stockport Air Raid Shelters provides an extremely interesting insight into life underground during WW2.

Inside the shelter, you will learn about the experiences of local people during the war. Informational displays line the tunnel walls with photographs from the times and items that would have been used while people took shelter from the bombing.

State-of-the-art audio-guides also provide commentary as you walk through the network.

Proceeding further into the tunnels and you will see the original sections of the shelter that remain. It is quite the sight to see the countless rows of bunk beds and larger, open plan areas where people would have socialized as they wondered whether their own homes were being destroyed above ground.

Shelters that exist at Brinksway and Dodge Hill remain closed and abandoned and are not part of the museum experience. However, Urban Explorers have found ways of getting inside these, and details can be found quite easily elsewhere on the internet.