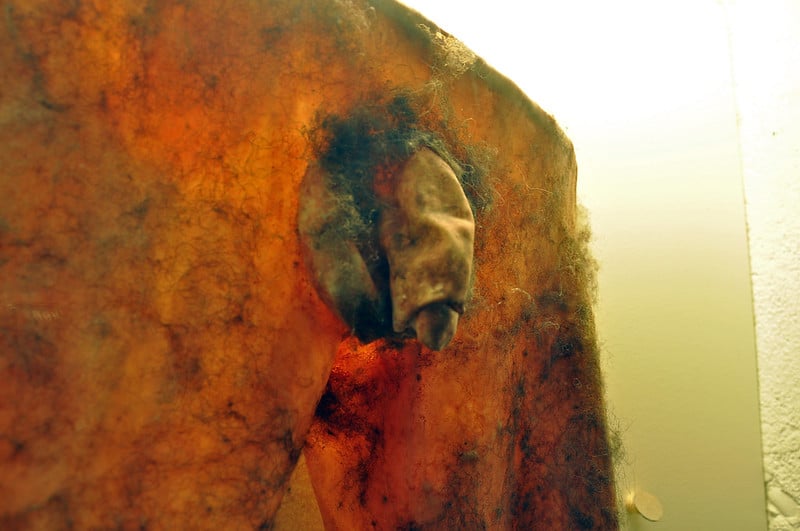 If you lived in Iceland in the 17th century, times were hard. So much so, in order to have a better chance of prosperity, you may have asked your best friend if you could flay their legs after they die and make a pair of trousers from the skin.

Or so the legend of the “Nábrók,” or “necropants would have us believe.

Witchcraft was once widely practiced in Iceland. With much of the population living in abject poverty, they resorted to sorcery in the hope of a better life.

The lengths people would go to are quite disturbing, hence the ritual of the nábrók

To own a pair of necropants was said to bring the caster unlimited wealth. The ritual starts with a pact with a friend. If they die of natural causes, they consent to you skinning them from the waist down.

This can only be done after the burial has taken place. Once loved ones have said their goodbyes, you are free to dig up the corpse and peel off that precious skin.

In one piece mind you. No holes or tears must occur otherwise the power of the necropants to provide wealth will be diminished.

With that little job complete, you now have yourself a pair of corpse britches.

It doesn’t stop there, however.

After pulling the pants onto your bare skin, the ritual demands that you head out into the village and steal a coin from a destitute widow.

That coin must then be placed into the groin of the pants (normally the empty scrotum as the necropants were traditionally passed between men), along with a magical Icelandic stave (symbol).

This would be in the form of a Nábrókarstafur; the symbol is drawn on a scrap of parchment and placed into the ball sack of the pants.

A Provider of Riches

Should money be a bit tight, you have all the information you need to go out and create a pair of necropants, (you can thank me later).

According to the legend, the pants would soon merge with the wearer’s body. As long as the original coin stood fast in the bollock region, the said area would continue to fill up with fresh coins as and when you need.

The pants could then be passed onto your next of (s)kin, for future generations to enjoy untold riches.

Necropants at the Museum of Icelandic Sorcery and Witchcraft

The only known pair of necropants to exist are now located in the Museum of Icelandic Sorcery and Witchcraft in Hólmavík, Iceland.

Here you can get up close to the exhibit which is, in fact, an extremely realistic reproduction of what flayed corpse skin turned into leggings would look like. Additional points are awarded for the inclusion of hair and the wrinkled scrotum.

The museum is a must-visit for dark tourists in the area, well, it features the necropants after all. It is run by local expert Sigurður Atlason, and has a range of artifacts linked to the Icelandic tradition of witchcraft.

The wider area of Strandir is also a beautifully bleak part of the country; the remoteness should appeal to fans of the melancholic through and through.

Where is the Museum of Icelandic Sorcery and Witchcraft?

Beyond skinning your friends’ freshly buried corpse, there are more dark tales associated with witchcraft and sorcery in Strandir.

The museum highlights separate incidents in the pursuit of magic that led to the death of 21 people. They were hunted and burned alive for practicing the art.

There was also the threat of pirates. The coastal settlements within Strandir would frequently be raided, with the locals rounded up and sold into slavery.

A volcanic eruption towards the end of the 17th century wiped out half of the country’s livestock, leading to widespread famine.
And if that wasn’t enough, a smallpox epidemic in the 18th century decimated the population that was only just beginning to recover.

It’s no wonder those necropants seemed so appealing, considering the sign of the times.