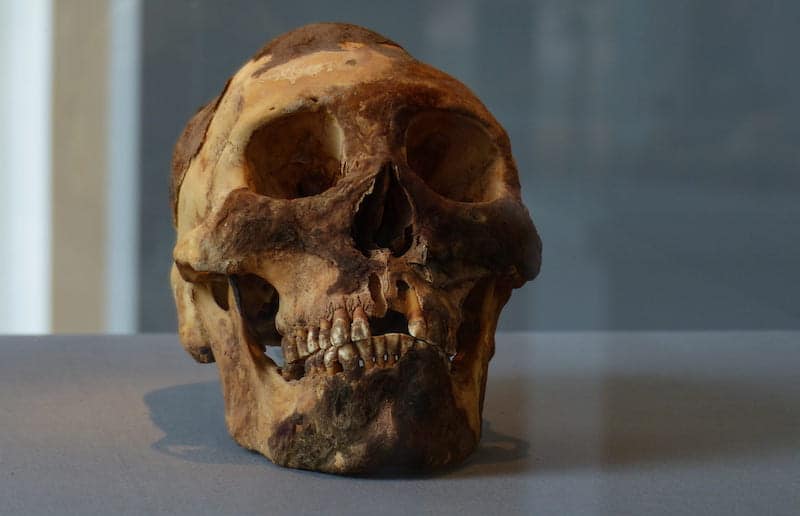 The Lombroso Museum of Criminal Anthropology is a fascinating place and a highly recommended visit for any dark tourist in Turin.

Once only available to academics, this museum of skulls is a product of the criminal anthropologist Cesare Lombroso.

His journey into the study of skulls and their relation to criminal behavior first began in 1871.

While examining the skull of the autopsied body of Giuseppe Villela, (a particularly notorious Italian criminal of the age), Lombroso discovered a concave section at the back of the head.

He would later call this the “median occipital fossette,” an irregularity of the skull that would fuel a life long obsession into the root of the criminal mind.

Many years later Lombroso would reflect upon seeing the fossette for the first time:

“The sight of that fossette suddenly appeared to me like a broad plain beneath an infinite horizon, the nature of the criminal was illuminated, he must have reproduced in our day the traits of a primitive man going back as far as the carnivores”.

Thus was born the academic theory of anthropological criminology. Lombroso believed that criminals were born that way. Their skulls were physically reminiscent of apes and lower primates, and this created a “savage” mind as a result.

Throughout his studies, Lombroso accumulated a vast collection of biological and criminological specimens.

This included hundreds of skulls from natives from the “New World” and beyond, as well those once belonging to soldiers, criminals and the insane.

He was looking for common attributes beyond the “median occipital fossette”. Lombroso posited that low sloping foreheads, high cheekbones, large chins, and flattened noses were all evidence of the “criminal” phenotype.

Criminals are born not bred

This all led to the underlying notion that criminals were born, not bred. Now known as “biological determinism,” Lombroso’s put forward the idea that law-breakers were physically de-evolved, and were destined to become criminals as it was part of their biology.

The racial implications of all of this view cannot be understated. Lombroso’s saw a direct link with his theories and that with the evolution of black people. They were less evolved than white people.

He stated that “only we white people have reached the ultimate symmetry of bodily form.”

This, of course, was a commonly held belief at the time and Lombroso’s studies did not come across as ground-breaking in that regard.

In 1892, Cesare Lombroso opened a museum in Turin to showcase his collection.

Academic or crackpot, his theories were given much credence at the time. The displays of skulls and skeletons along with wax models of murderers that had met their end was a popular draw for the intelligentsia.

As Lombroso once boasted:

“our school has attracted and convinced the best scientists in Europe who did not disdain to send us, as proof of their support, the most valuable documents in their collections.”

He also collected weapons that were used in crimes and other criminological relics and put those on display too.

Other exhibits that still exist within the museum to this day, include the anatomical sections of ‘madmen and criminals’ as well as artwork produced by criminals throughout the 20th Century.

The Gallows of Turin are also held within the museum (they were used for the city’s final hanging in 1865).

As a testament to the man and his collection, the last cranial exhibit to be added to the museum belonged to Cesare Lombroso himself.

Following his death in 1909, Lombroso’s head was carefully preserved and is now floating in a glass chamber in one of the rooms.