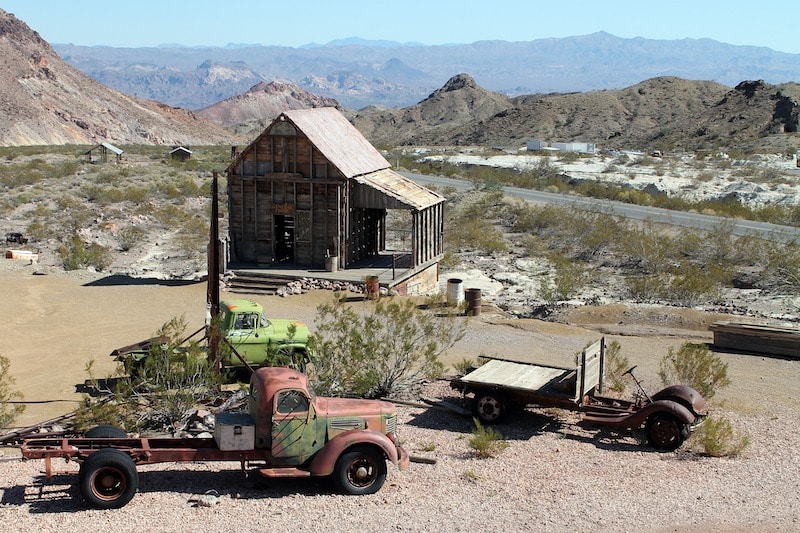 Popular with tourists, photographers, and the occasional filmmaker, Nelson Ghost Town in Nevada is a very interesting site to visit. It also has a rather nefarious past.

The Spaniards originally called the place Eldorado. They first discovered gold there in 1775 in the area that is now Eldorado Canyon. However, they didn’t stick around and settle the area properly.

It wasn’t until 1859 that large gold and silver deposits were struck. By 1861 the prospectors and workers had flooded in. Several mining camps, including Techatticup Mine, were setup.

So rich was this little area in natural resources (copper and lead were also discovered), it became one of the largest booms that Nevada ever had.

Murder at the mines 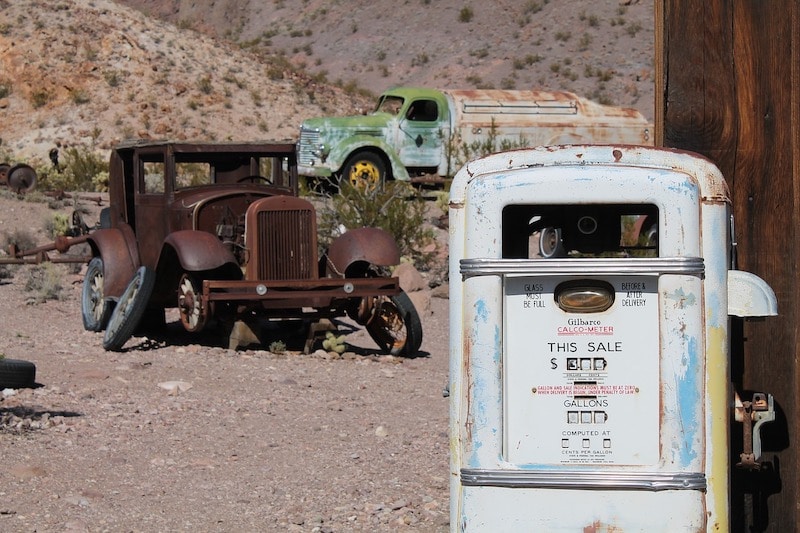 Ownership and labor disputes very often led to violence. Murders were commonplace. But that didn’t stop more people from arriving.

This included deserters from both the Union and Confederate armies during the American Civil War. They arrived in the hope that the remote location would be the last place military authorities would think to look for them.

The lure of riches saw the continual influx of fortune seekers and many got caught up in the bloodletting. In fact, despite the killings, the town produced several million dollars in gold, silver, copper, and lead.

However, Nelson’s reputation continued to decline, along, eventually with its fortunes.

It was its position not far from the banks of the mighty colorado river that saw to its end. The town of Nelson had grown downstream of El Dorado Canyon. When flash flooding hit, it tore apart many of the buildings.

Once the area was stripped of the precious metals that had given it that boomtown status, there was no reason to settle and endure the unpredictable floods. Nelson was abandoned.

About 5 miles east of Nelson (downstream of Eldorado Canyon), was a small village called Nelson’s Landing.

The settlement was established as a landing on the Colorado River reservoir, Lake Mohave. However, in September 1974, a flash flood decimated the village.

Five wide channels running from the mountains toward the river, all converged into where Nelson’s Landing stood. Every single building was destroyed and 9 people were killed. The wall of water and debris was reported to be close to 40 feet high.

Nelson itself was not impacted by the flood. No sign of the destruction remains today. 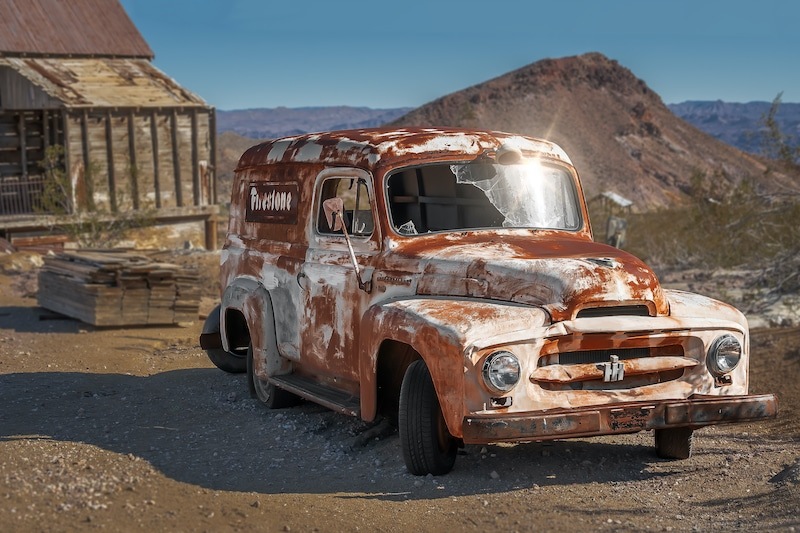 The few buildings that exist in Nelson today are all above the flood channels. However, the time-capsule nature of these is worth the visit alone.

The crumbling ranch houses, dating back to the 1800s are extremely fascinating. There is also a Texaco station that is a reminder of a bygone age. It is now the office of a local river and mining tour company.

Vehicles from the very first decades of automobile construction sit abandoned among the decaying, weather-torn buildings and machinery.

There is also the sight of a small aircraft that seems to have smashed nose-first into a dune. This is purely designed, however. The wreck was placed there for the movie “3000 Miles to Graceland”, back in 2001.

Where is Nelson Ghost Town

How to find Nelson Ghost Town

Leaving Las Vegas you head southeast until you pass Henderson. You then head along the 95 South just before you reach Boulder City.

After 10 miles or so you will come to a road marked 165. At this intersection, there is a Monument: The Nevada Centennial Marker #9

Follow this road to El Dorado Canyon past the private mines on the right side until you reach the Public Recreation Area. From here you will be able to reach the parts of Nelson that still exist. The road finally ends at a spectacular overlook at the Colorado River.