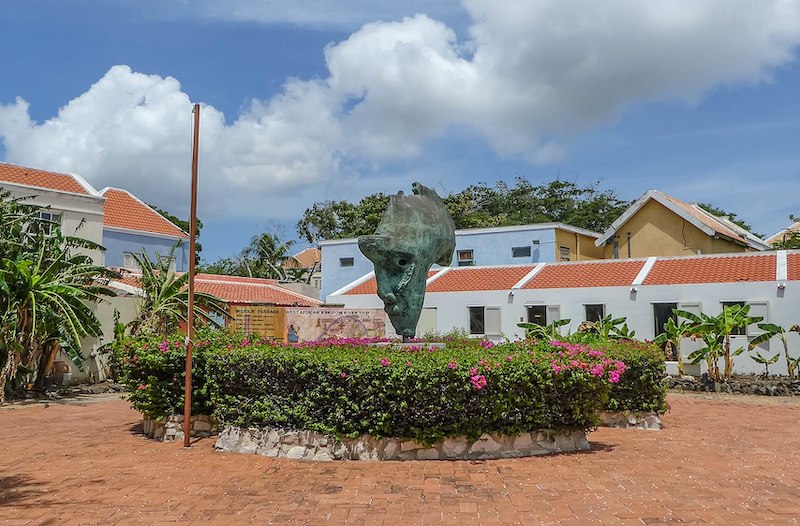 Visiting the Kura Hulanda Museum in Willemstad, Curaçao is a hard-hitting experience. Chronicling European colonization and the slave trade in the area, the exhibits certainly evoke an emotional response from those that venture inside.

From original Ku Klux Klan robes covered in dried blood to leg irons, chains and collars hanging from the walls, little is left to the imagination when it comes to depicting the horrific treatment of African slaves during this dark period of history.

It is an educational visit for anyone taking a trip to the Caribbean and is willing to see a different side away from the pristine beaches and well-stocked cocktail bars.

Part of the luxurious 65-room Hotel Kura Hulanda, the museum is not what one would normally expect to see on a Caribbean holiday. In many ways, this makes its existence all the more important.

Situated in the city-center harbor of Willemstad, the hotel was developed by Dutch philanthropist Jacob Gelt Dekker.

He financed the construction after purchasing a dilapidated 18th-century mansion in the area. It was while undertaking the renovation works that Dekker discovered that he had bought a property on the site of a former slave-trading depot.

The harbor was where Dutch entrepreneurs (and the Dutch West India Company) once traded and transshipped enslaved Africans brought to the Caribbean to work on the sugar plantations.

To preserve the history he decided to include a new museum as part of the project. He then spent millions stocking the museum and refurbishing the various 18th and 19th-century buildings to house the collection. He also restored old homes at the site so they could be used as guest rooms.

Dekker completed his goal with impressive results. The Kura Hulanda museum traces the island’s melting pot of cultures, from the indigenous Arawaks to the Trans-Atlantic Slave Trade in a comprehensive manner.

Hours can be spent browsing the old photographs, artifacts, and exhibits.

Where is the Kura Hulanda Museum?

Inside the Kura Hulanda Museum

It wouldn’t be an understatement to declare the Kura Hulanda Museum the best within the entire Dutch Caribbean. In my opinion, it is the most important.

However, although it has become well known for the exhibits covering the slave-trade, there is much more to the museum than this.

The whole complex leads visitors through rooms to huts to courtyards within the “village”. The various artifacts on display cover the island’s history in great detail.

One area focuses on the Mesopotamian period, another contains a collection of casts of early hominid skulls. There is also excellent information surrounding the indigenous Arawaks and what happened to them during European colonization.

Essentially, hundreds of artifacts from Africa, Europe, and the Americas line the walls of the Kura Hulanda Museum in an attempt to chronicle the island’s history.

However, as already mentioned, the sections detailing the plight of West African slaves in the area can be quite shocking.

Original bills of sale showing ownership of slaves have a significant impact, as do the various exhibits exploring the methods of torture.

The re-creation of a slave ship is especially effective. You gain an insight into what it must have been like to traverse the Atlantic in those horrible, squalid conditions, with the narrow berths, chains, and shackles.