At the turn of the 20th century, Ruddock in Louisiana was a bustling community, located on an isthmus between Lake Maurepas and Lake Pontchartrain, the town was connected by the railroads with a train coming through daily.

At the height of its prosperity, Ruddock was a picturesque almost idyllic town built on stilts above the wetlands of the area.

Stilt-supported wooden sidewalks snaked through the buildings, with walkways leading up to the front doors of the houses. It was a good place to live.

And then came the 1915 Louisiana hurricane.

Within a few, short, hours the entire town was ripped apart. 58 residents were killed and Ruddock was never rebuilt.

Over a hundred years later the ghost town is still marked on maps. It is ever signed as an exit on Interstate 55. For dark tourists passing through, it is definitely worth the detour. 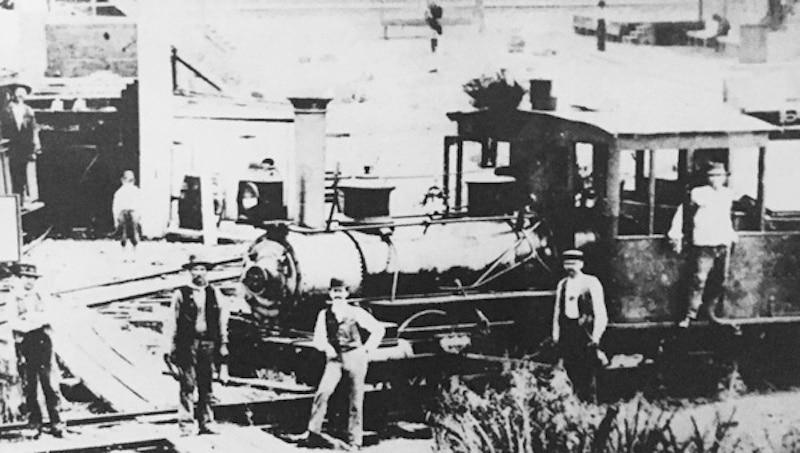 By 1855, a rail line serviced the western shore of Lake Pontchartrain, curving through the swamp and deep cypress forests between Laplace and Ponchatoula.

Within a few years, the route would stop at some of the small settlements established to support the sawmill businesses being built there.

One such enterprise was that of William Burton and C. H. Ruddock. In 1892, they had founded the Ruddock Cypress Company and the small town of Ruddock quickly grew around it.

With a population of up to a thousand (and similar sized settlements Napton and Frenier, further south), the area was growing rapidly.

Many of the early settlers were German immigrants, and the progressive community definitely had a European vibe.

There was a small town hall, a blacksmith, schoolhouse, and the Holy Cross Catholic Church.

Liberal men’s entertainment came courtesy of the Owl Saloon, which was discretely located outside of the town so as not to offend the church-going locals.

The all-important railroad had its own depot with a two-story house attached, and the office and commissary for the Ruddock Cypress Lumber Company was also a substantial building.

Although there was no large grocery store, housewives could take the daily train to do their shopping in LaPlace or even New Orleans.

The train was also vital in the movement of supplies and lumber in and out of Ruddock.

On September, 30th, 1915, chaos came to the small town of Ruddock in the form of a deadly, Category 4 hurricane. Obliterating every building in its path, the town along with nearby Frenier, was completely destroyed.

Residents that remained in their predominantly wooden homes, didn’t stand a chance.

Those that survived had either paid heed to the warning of bad weather and had already fled, or managed to find more robust shelter. A heavy steel caboose at the railroad depot and the schoolhouse being two places of note.

The railroad in the region was also very badly damaged. With the death toll relatively high and so much of the town destroyed, survivors did not want to return.

From that date forward, what was left of Ruddock became an abandoned ghost town.

Where is Ruddock, Louisiana 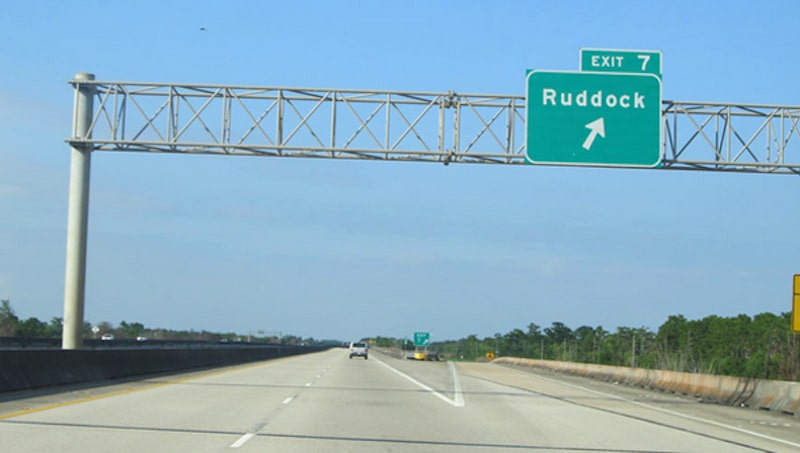 Today, the road to Ruddock of Interstate 55 leads to a boat launch on the edge of the lake.

The meager remains of Ruddock after the 1915 hurricane have mostly been swallowed by vegetation.

However, for the eagle-eyed and those in the know remnants can be found. Decaying wood from the buildings and wooden walkways protrude from the swamp in places.

Local historian and retired police officer Wayne Norwood have spent decades exploring and documenting his finds in the area where Ruddock once stood.

He has collected thousands of artifacts that once belonged to the people that lived in the community.
Trudging through the swamplands and diving the lake he has unearthed, bottles, everyday houseware tools, and pieces of old equipment belonging to the mills and railroad.

To house his extensive collection Norwood opened the Louisiana Treasures Museum in Ponchatoula (10290 LA-22). For those interested in Ruddock ghost town the home-brew affair is a must-see.

Norwood has also written and published a book on the events of the 1915 hurricane. Called “The Day Time Stood Still: The Hurricane of 1915,” the narrative explores the life of Ruddock before the disaster and what happened in the aftermath.

Another place you can visit to explore the history of Ruddock is the abandoned cemetery.

Located close to the rebuilt railroad tracks outside of the ghost town, up to 100 people are said to have been buried here, including some of the victims of the hurricane.

Abandonment, mother nature, and vandals have taken their toll on Ruddock Cemetery, however, the sight of the ruined headstones and upturned terrain is one of the more visceral indications that the area was once a large community of many hundreds of people.

It can be found approximately 3 and 2/3 miles north of Frenier, (west of the rail line).