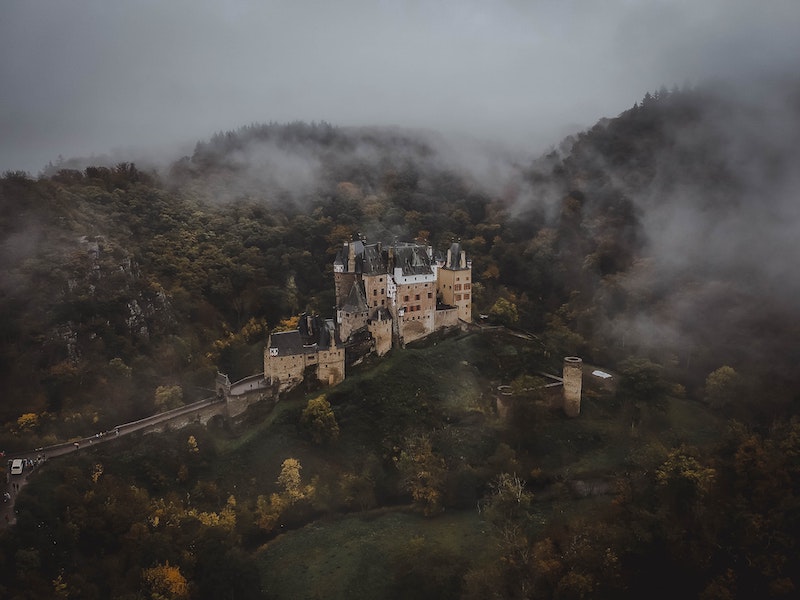 Eltz Castle or Burg Eltz is considered to be the most intact and traditional of all Germany’s 20,000 plus castles. Its isolated location and dramatic medieval design simply take the breath away.

The fact the same family has remained in Eltz Castle for over 850 years is outstanding. That’s 33 generations of Eltz.

The 80-room castle is still occupied today and is open for tours. For the dark tourist, there are also a number of supernatural stories attached to the castle.

A medieval knight is said to roam the grounds, with the ghost of Agnes Eltz pacing the entrance at night.

A short History of Eltz Castle 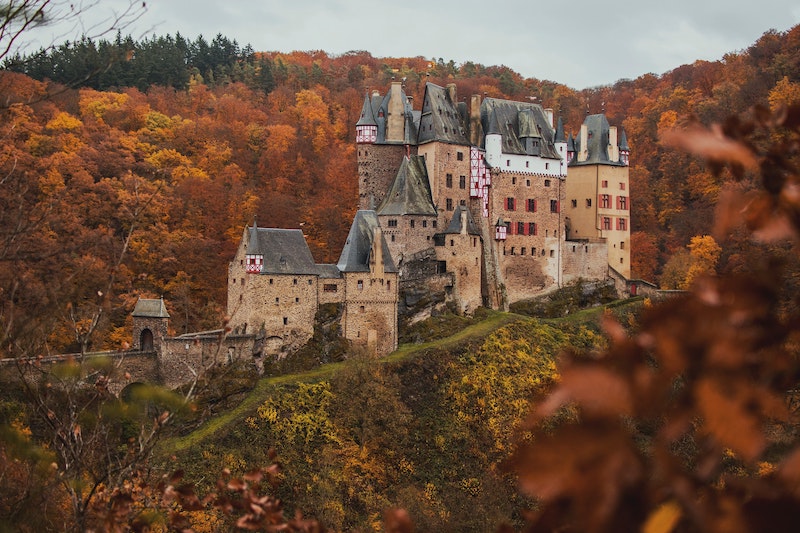 The Eltz family first moved into the property in the 12th century. During this early period, the fortress style structure played an important part in the empire under Frederick Barbarossa.

Its location was everything. Standing along the trade route from the Moselle Valley and the Eifel region, the castle and surrounding villages provided a lucrative income to the Eltz family.

This, of course, helped finance the renovations and additions to Burg Eltz that continued for many centuries.

In 1472 Rübenach house was completed on the site. Built in the Late Gothic style, visitors can still admire the Lower Hall and Bed Chambers with their original details and opulently decorated walls.

By 1520, Philipp zu Eltz completed the 10-story Greater Rodendorf House section of the castle. The oldest part of this is the Flag Hall, built in the Gothic style with a large vaulted ceiling.

The original main hall of the castle was replaced in 1615 with the building of Kempenich house. Way ahead of its time, this section of Burg provided superior comfort as every single room was heated.

For the next 200 years, little changed at Eltz Castle and the structure we see today is firmly attributed to the earlier construction works.

That being said, by the 19th century, restoration work was badly needed. Count Karl zu Eltz stepped up to the mark and between 1845 and 1888, 184,000 marks (approximately 15 million euros today) were spent on preserving the castle to its former medieval glory.

Where is Eltz Castle

Burg Eltz is located between Koblenz and Cochem, near the Mosel River in the Eltztal. Visiting by car is the most common way of reaching the castle and there is ample car parking at the site. It is also possible to get a direct bus from Münstermaifeld and Wierschem.

The Ghost of Agnes Eltz 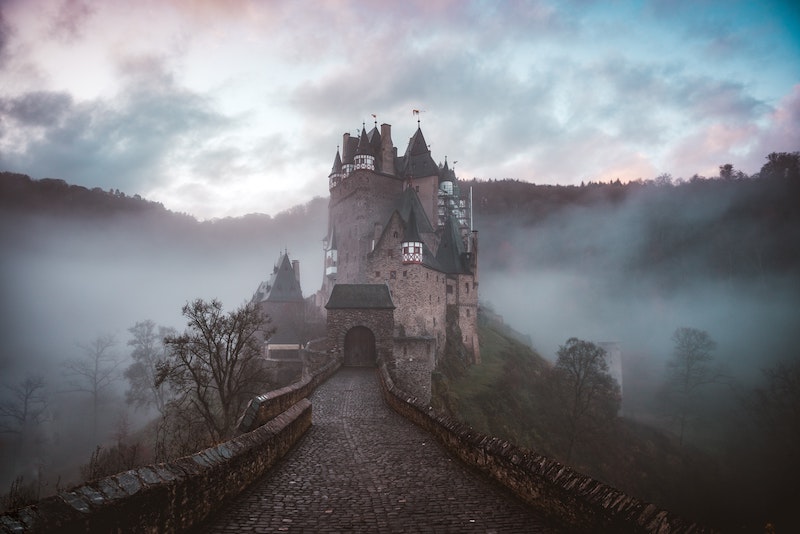 In the mid 16th Century, Burg Castle was home to a young lady named Agnes Eltz. Her siblings were all male and instead of behaving like a princess, she would prefer to break protocol and hang around with her warrior brothers.

However, as was common for aristocratic families of the time, her destiny was set in the way of a pre-arranged marriage from a very young age.

Her chosen suiter was the knight of Braunsberg. The forthright Agnes was not impressed, she found him boring and unattractive.

On one of their meetings the knight, slighted by her disinterest, forced himself upon her.

Agnes did not stand for this of course and promptly fought back, pushing him off her and slapping him in the face. This was not the behavior of a princess.

For several months the Eltz family feared repercussions for Agnes’ actions. The knight would surely act out revenge for this embarrassing rejection.

Finally, it happened. On a day when many of the Eltz men were out hunting, Braunsberg and his soldiers stormed the castle. They killed the guardsmen and started attacking anyone they came across.

Agnes was so used to emulating her warrior brothers, jumped into a suit of armor, and began to fight back.

She faced Braunsberg (he didn’t realize his betrothed was beneath the mask) and fought bravely. However, the knight delivered a fatal blow and killed Agnes in the standoff.

The two ghosts that many have witnessed over the years belong to that of Agnes and Braunsberg.

Her apparition is seen pacing the entrance to the castle complete with her suit of armor. His is that of a phantom horseman, riding outside the gates seeking forgiveness for what he did. 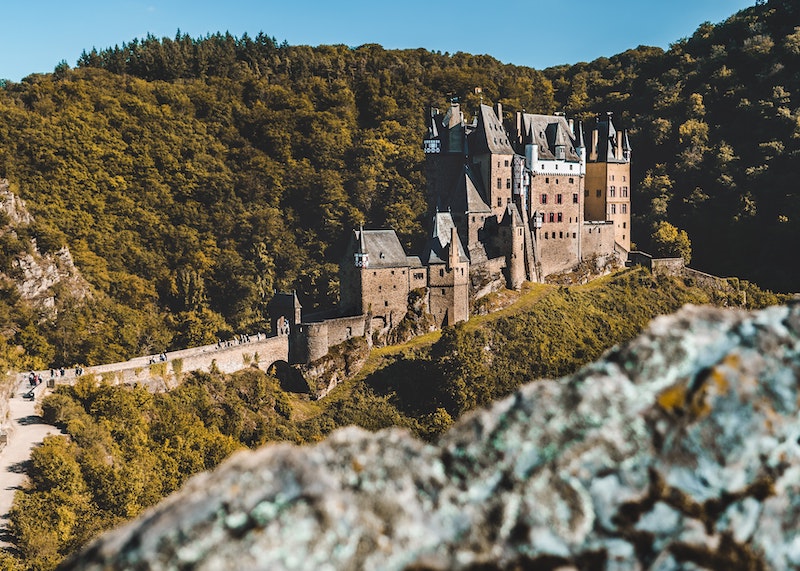 It is worth booking a guided tour of the castle (€10 per adult) as there is a lot of history to absorb, and the descriptions of artifacts are in German.

These take 45 minutes and will take you through many of the ornamental rooms filled with original artifacts, paintings, and furniture. The tour also takes in the treasury with its vast array of gold and silver items.

Outside of the tour, visitors are free to view the armory. This is extremely interesting with its collection of ancient firearms, cannons, and suits of armor.

The general opening times are 9.30 am to 5.30 pm, however, it is best to visit the official website for exact dates and times as these do vary throughout the season.

It does get very busy in the summer, so you should arrive early to avoid the crowds. The castle courtyard can be explored without an entrance ticket.