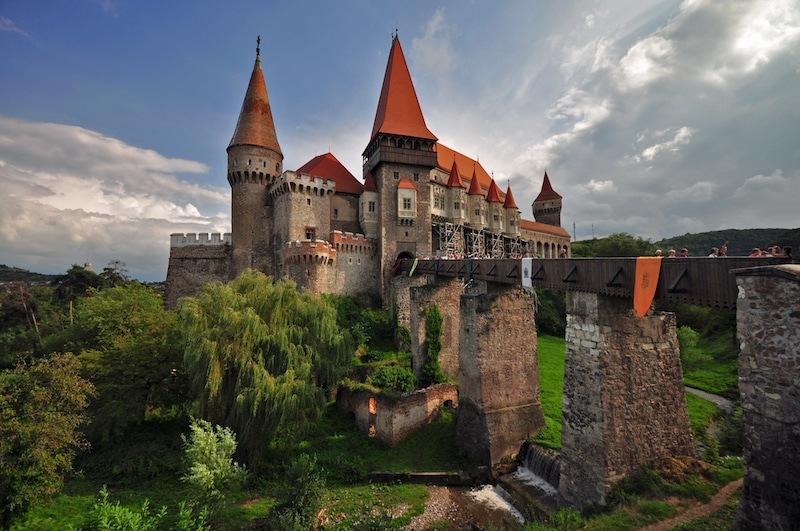 Romania has its fair share of beautiful gothic castles and amidst the striking landscape of Transylvania, Corvin Castle is one of the most enchanting.

It is also one of the largest castles in Europe and Romanians are justly proud of it; the building regularly features as one of the Seven Wonders of Romania.

Also known as Hunyad Castle or Castelul Corvinilor, the castle is situated on the edge of the small Romanian city of Hunedoara.

Steeped in creepy lore and sinister legend that will have the average dark tourist salivating, the castle has also been connected to the history of Vlad the Impaler.

And while Bram Castle is the more obvious link to the infamous inspiration for Dracula, events that took place in and around Corvin Castle make for interesting reading.

The History of Corvin Castle 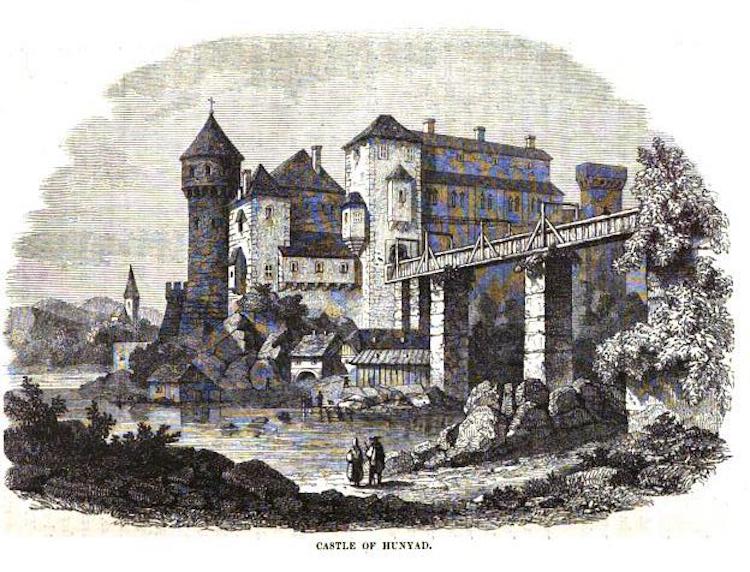 The castle was originally started in 1446 by the Voivode of Transylvania John Hunyadi. Gothic-Renaissance was the style of the day, and its imposing position upon a rock base above the Zlaști River only adds to the drama.

Due to the need for heavy fortification at the time, Corvin Castle was built with double walls, bastions and flanked by tall rectangular and circular towers.

There is also an attractive inner courtyard, and the building has myriad windows and balconies; all of which evoke that fairy-tale castle atmosphere.

Substantial modifications were made during the 17th century, with alterations to the council hall and chapel.

Essentially, the Corvin Castle a visitor sees in 2020 is the result of many waves of restoration undertaken over the last 5 centuries.

As punishment for Vlad’s reign of terror as the Prince of Wallachia in the 15th century, it is said that he was imprisoned for an undetermined amount of time in the dungeon at Corvin castle.

John Hunyadi, was Hungary’s military leader at the time so the legend is plausible. However, the story goes on to propose that Vlad was driven insane due to his treatment there, and thus became even more murderous upon his eventual release.

The castle itself has little standing as an inspiration for Bram Stoker mind you. Stoker’s own handwritten research notes confirm that he imagined castle as being somewhere else entirely, (the Transylvanian Călimani Mountains) and that he probably wasn’t even aware of the existence of Corvin Castle.

The good news for Dracula fans and dark tourists alike is that the dungeon where Vlad the Impaler would have been held is open to the public.

Other legends at Corvin Castle

According to legend, the 30 meters deep well in the castle yard was dug by 3 Turkish prisoners over 15 years of toil.

It is said that they were promised release by John Hunyadi upon reaching water. However, after he died, his wife Elisabeth failed to honor the promise. Instead, she chose to reward their hard work with a death sentence.

The prisoner’s final wish was to carve an inscription into the stone near the well. Their message can still be read to this day and was originally meant to have said: “You may have water, but you have no soul“.

Nothing like a bit of graffiti to act out your revenge

[Experts now believe that the inscription reads: “The one who dug here is Hassan, prisoner to the giaours in the fortress next to the church“ which is clearly more verbose and a lot less cutting.] 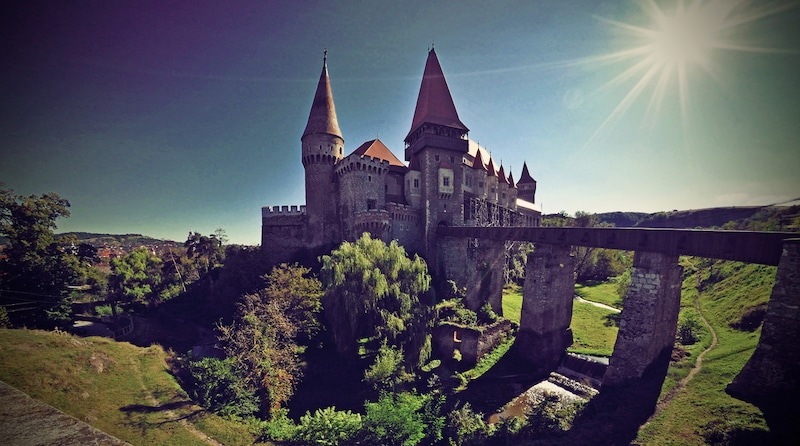 The castle has featured on a few television programs and countless publications that focus on the supernatural and the occult.

In 2007, the British paranormal television program Most Haunted Live! Broadcast a 3-night special investigation from the castle.

Ghost Adventures also filmed a Halloween episode from the grounds. The castle has also featured in the Age of Empires video game.

It really is a captivating destination that is a must-see site for any dark tourist visiting the region.

Where is Corvin Castle

Getting to Corvin castle from Hunedoara is easy. A simple drive or taxi journey will get you from the town to the castle. On a pleasant day, you could even choose to walk.

The entry fee is 30 LEI for adults, (to take photographs you will need to pay an additional 5 LEI, videos 15 LEI). To book a guide clearly costs more, however, it is recommended that you check the website as these vary depending on language and season.

Where to stay near Corvin Castle

When visiting Corvin Castle you have limited accommodation options. There are relatively few properties on Airbnb in Hunedoara itself, however, depending on when you plan to visit, these may be available.

One of the reasons for a lack of choice in Hunedoara is that aside from the castle, there is very little else to see there.

The nearby city of Deva is actually a better option. There’s more accommodation on offer as well as things to do. There’s also a convenient shuttle bus that runs daily every 15 minutes between Deva and Hunedoara train stations, (6.5 LEI).